December always tends to slip away in a bit of a blur. This year was no exception, so here I am, late with my holiday post and left with loads of unshared photographs that date back as far as February. I won’t get to all of them before the year closes out, but stick around because one of my immediate goals for the new year is to finish blogging about some of our trips from 2012: Boston, Charleston, Savannah and of course Iceland.

This year was our fourth December with my cousin Brent living nearby in Massachusetts. A few weeks ago, he packed everything up after completing his graduate work at Boston University and headed back home to Hawaii. But before he left, we returned to Jones Farm in Shelton to get our Christmas tree.

I love being up high on a hillside and though we’ve also been to Treat Farm and Maple Row to search for a Christmas tree, Jones Farm has my favorite views. 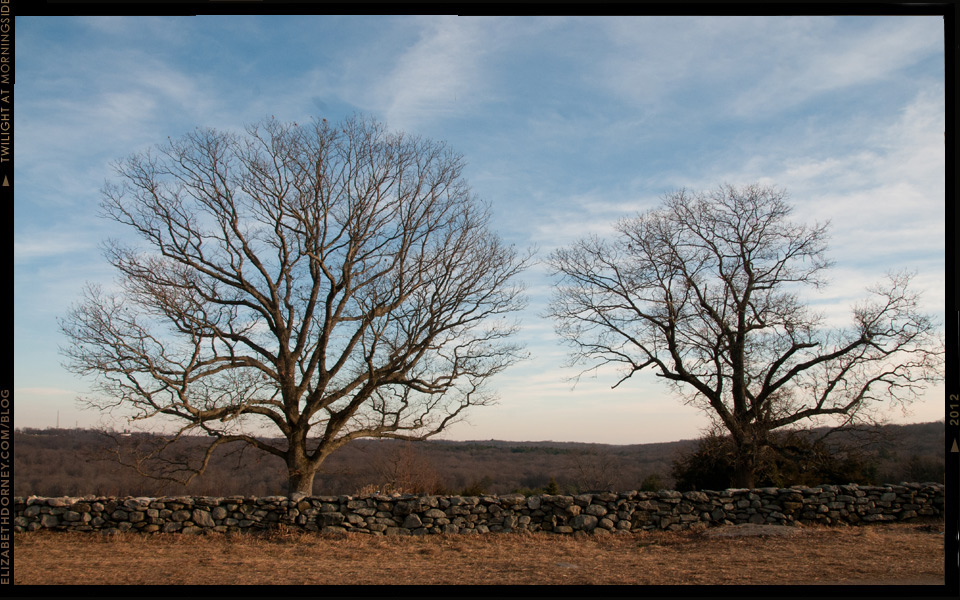 Here’s D on the hunt.
Waiting until mid-December means searching a little further afield for the right tree. This year was probably the longest we’ve ever been on the hunt, but we’re never out there for more than 20-30 minutes. 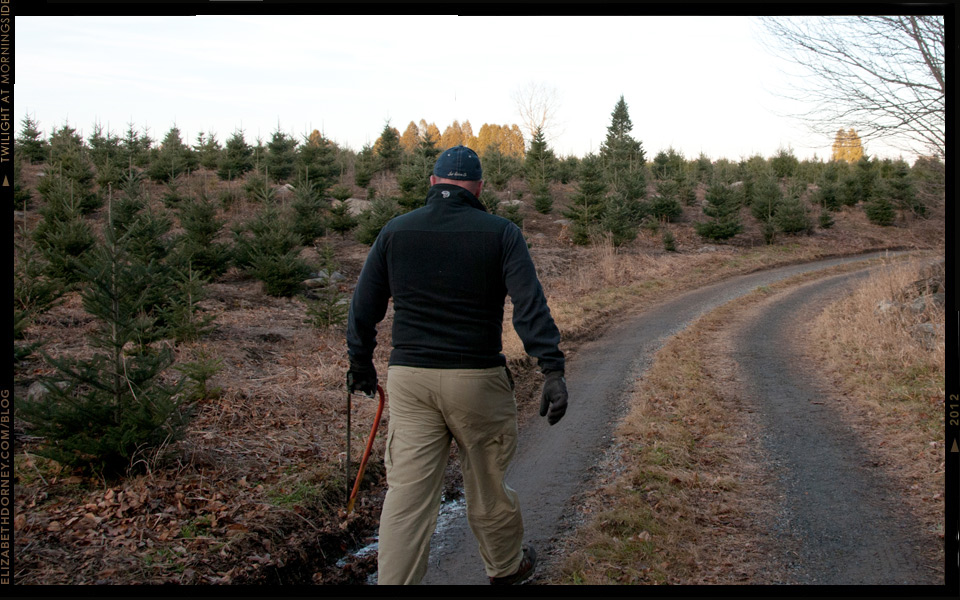 We’ve got our final choice. Note to self: trees on a hillside may not be as tall as they appear. 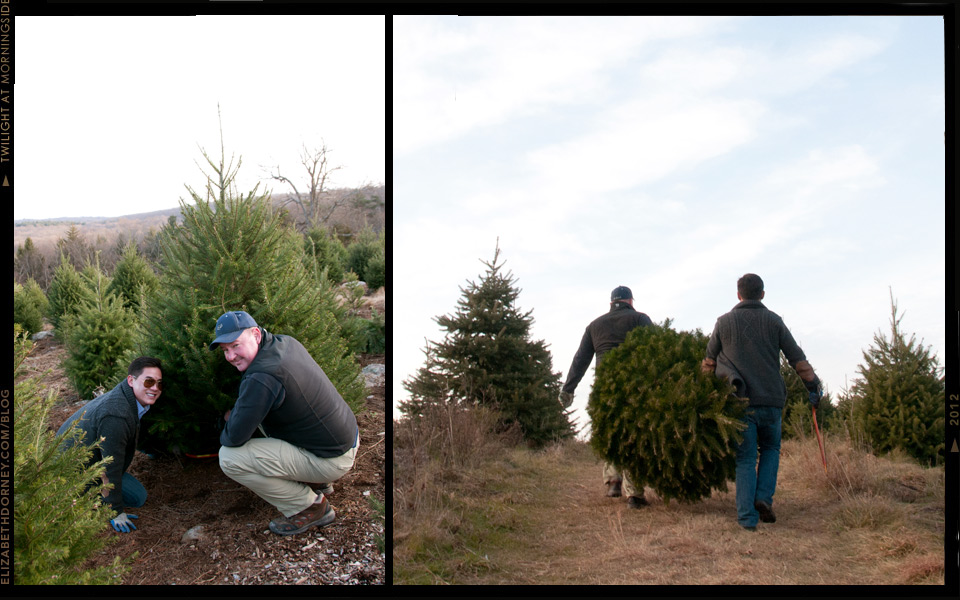 Once inside the house, it was quickly apparent that our tree was vertically-challenged. It was raised up on a box and flanked by the yard reindeer. Every year there are a few strings of Christmas lights that won’t cooperate. Less than half the reindeer lights worked, so we didn’t bother even bringing these 2 fellows outside. Brent was in charge of tree trimming, which is why all our ornaments are hung with such perfect care. 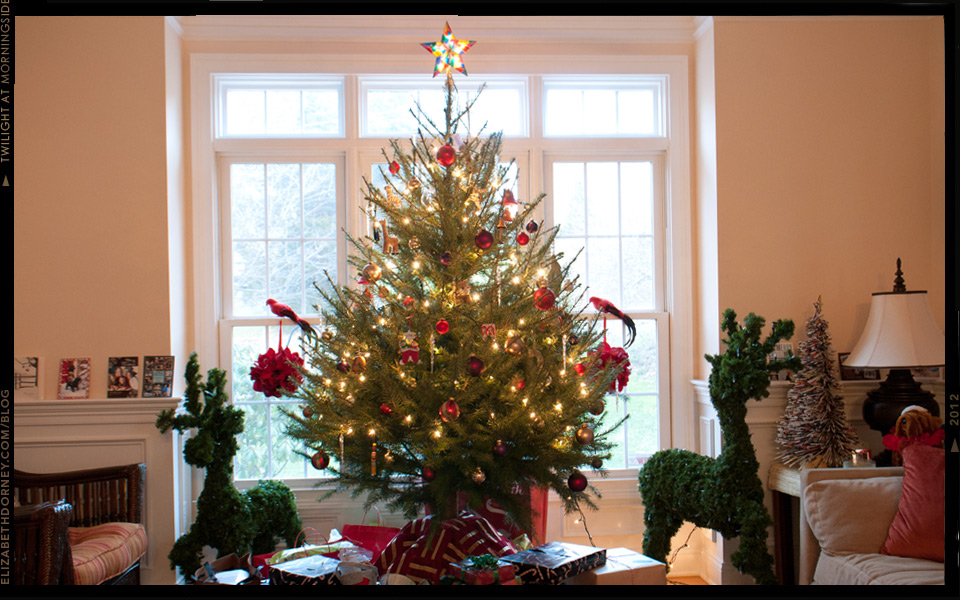 Next Fall, Brent will start dental school – probably in the Midwest. I’ve never been to Kansas City, but it looks like we have a few years to arrange a visit.  Brent continues the white coat tradition in our family. Both my grandfather and his father graduated from the same dental school. We are proud of him, but will miss him dearly. Next December just won’t be the same.