It’s been a bit daunting to talk about my first visit to New Orleans. Full of character, grit, beautiful sights and great food, this city was much more complex than I had imagined while watching episodes of Treme and thumbing through guidebooks. I also didn’t take nearly as many photos as I expected. I’m going to start with a warm-up post of my very first look at the city. We stayed on Canal, on the edge of the French Quarter and our walk to and from Restaurant Stella! gave me a small taste of things to come. Keep in mind, we arrived in town at the start of a BIG party weekend. There air was absolutely electric! Saturday night was dedicated to Halloween and Sunday to the home game for the Saints. 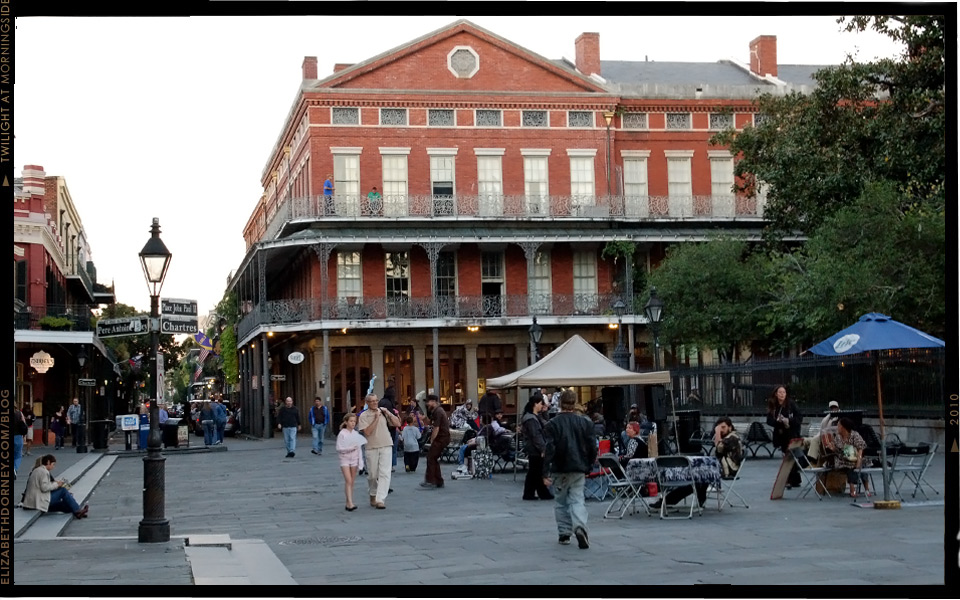 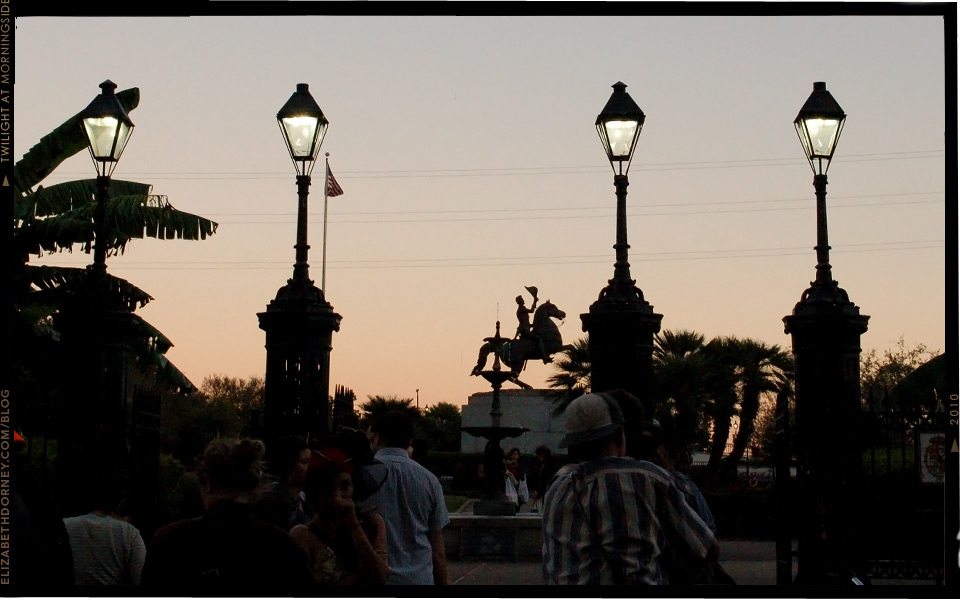 We never did try the Gumbo Shop. For one thing I got passionate, but opposing reviews. Besides that, this place was jammed inside/line outside every time we walked by!  Speaking of gumbo, we recently attempted a version here in Connecticut. It was far more work than I expected, but a dark roux rewards your time at the stove with some amazing flavor. 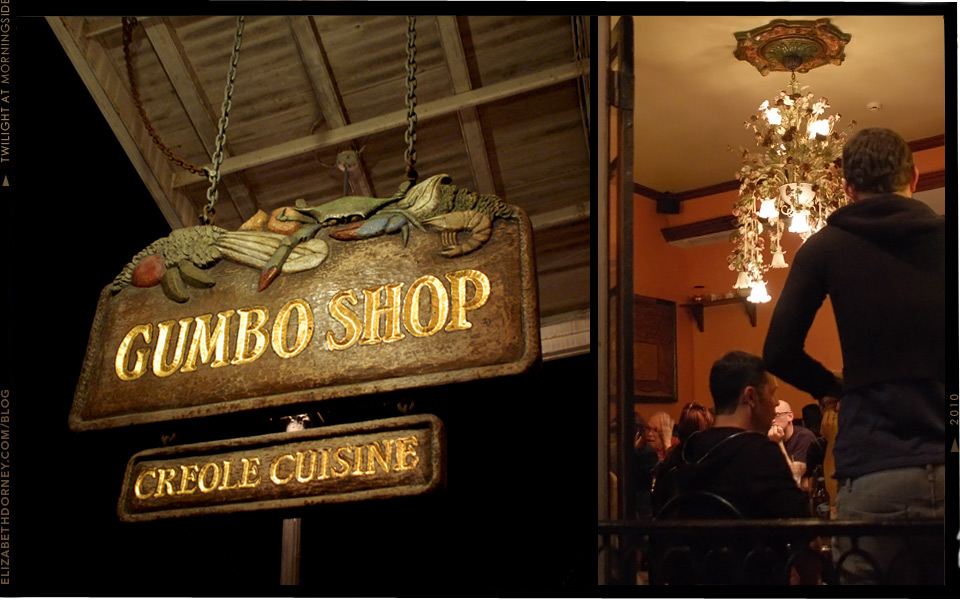 Super Bowl weekend is nearly upon us, so I had to include this shot from Bourbon Street.  D told me that Steelers Nation is always ready to travel. You wouldn’t believe how many Pittsburgh fans were in town for Sunday’s football game. They had all manner of black and gold and I doubt those outfits are only used for Halloween weekend. We didn’t attend the game (a point agreed upon BEFORE booking our trip), but we did sneak in a tailgate party. More about that later. 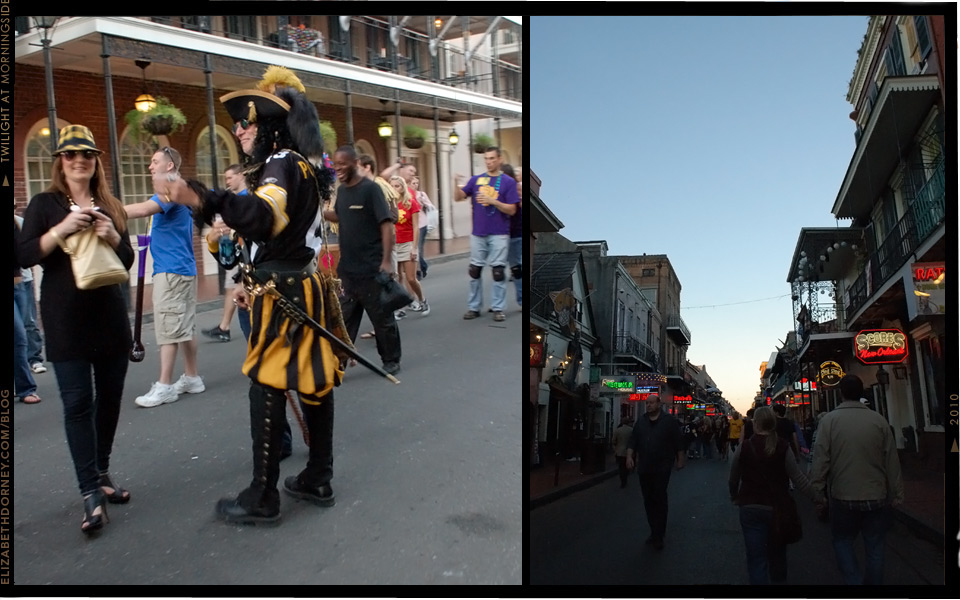 It’s New Orleans, so of course you find music on street corners everywhere. 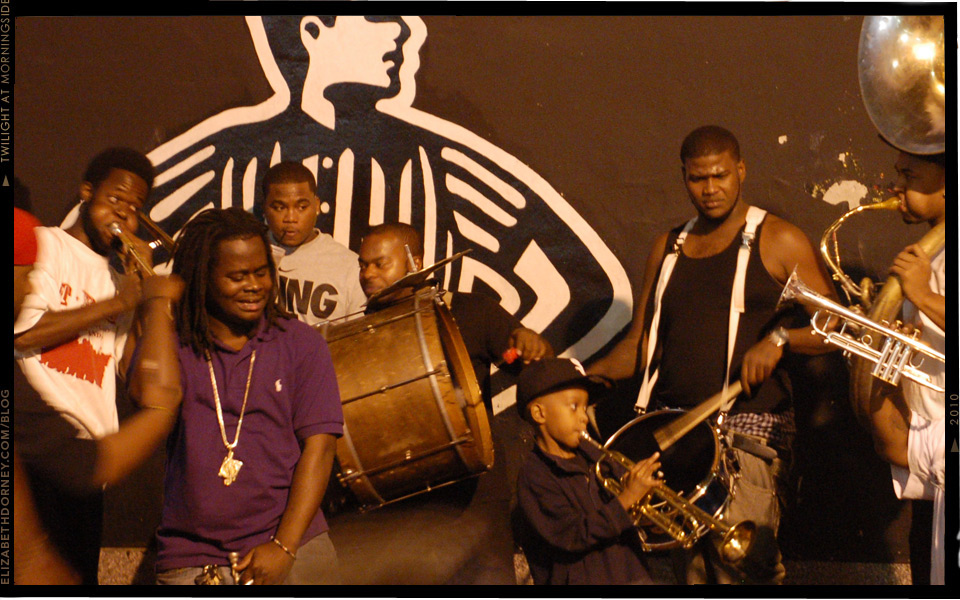 And finally back at our hotel, a well-heeled crowd was enjoying Jeremy Davenport and his band. Exhausted, we still  jammed our way into the lounge just to hear a little music before hitting the hay.

There were quite a few times that weekend when I found Bourbon Street completely overwhelming. I preferred the quieter spots. Don’t worry, this was just the first night. We got out of the Quarter! In my next post, you can join in on our 4 mile walk along Magazine Street. 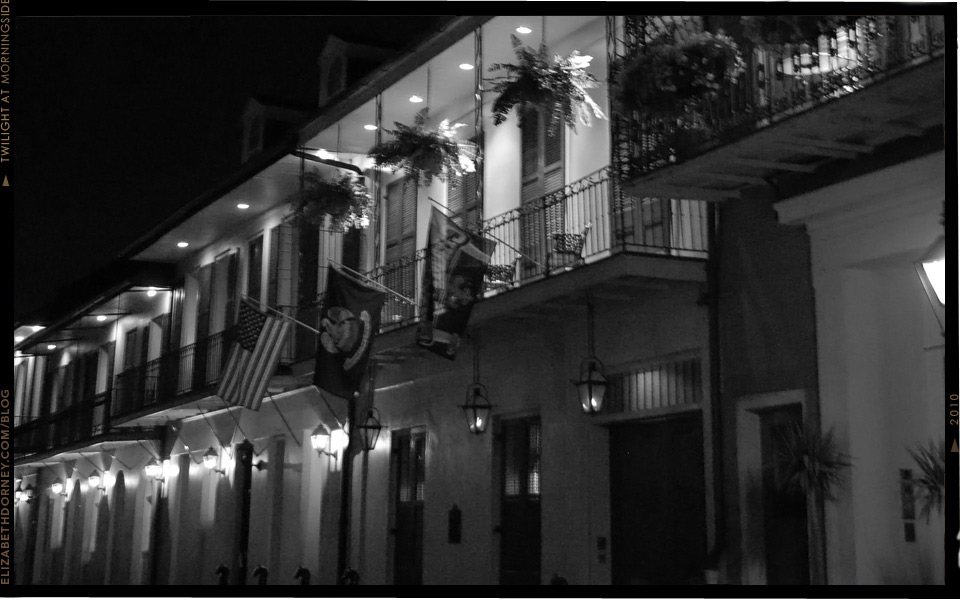