Once upon a time, Morningside was just one large estate. Eventually it was subdivided into many smaller building lots that make up the footprint of the current neighborhood. This year, the Morningside Association celebrates its 90th anniversary!  I think most of our neighbors would agree that Morningside is at its best during the summer.  In fact, its finest hour may just be the Fourth of July picnic.  Last year, my Hawaii cousin Brent attended this bbq organized and funded by the association and proclaimed it was like being in a movie. There’s a lot of All-American small town appeal in this community of about 200 families. Where else can you gather in the summer shade and eat your neighbors’ home cooking while watching kids go crazy with tug-of-war, sack race and egg toss? I know there are many, many folks who contribute their time and efforts to make this event happen, but I believe an extra special shout out belongs to Bob W, Mr. Fourth of July.

We’re lucky to have a rec field that is managed by the association. When we arrived, the grill was already going with burgers and dogs. 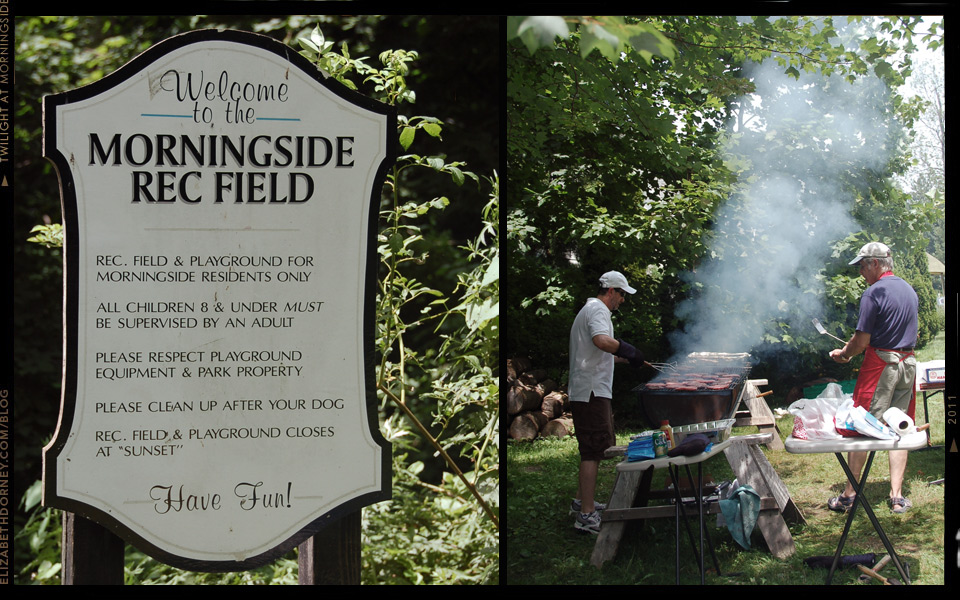 Neighbors contribute side salads and other specialties 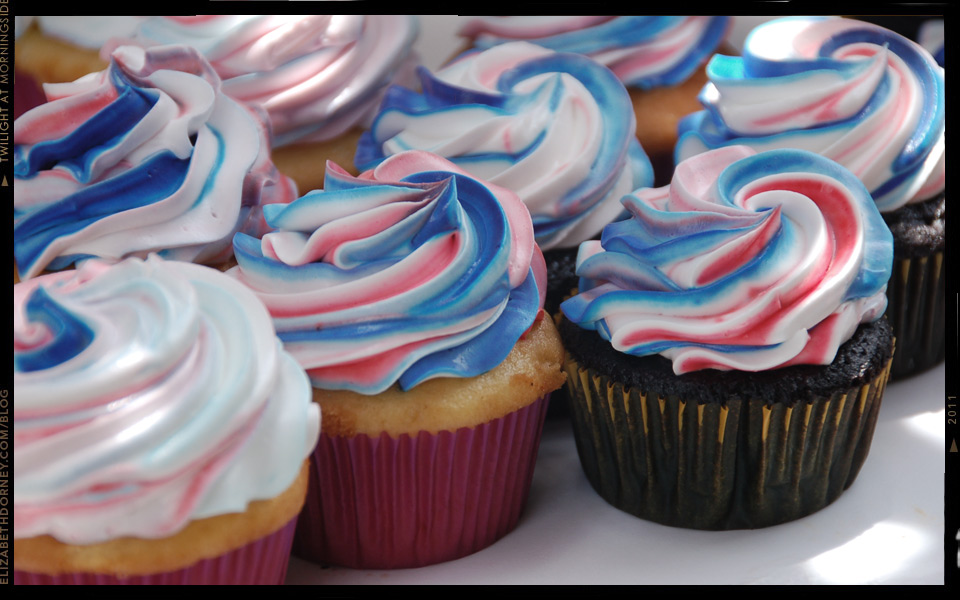 First order of business: getting in line for lunch 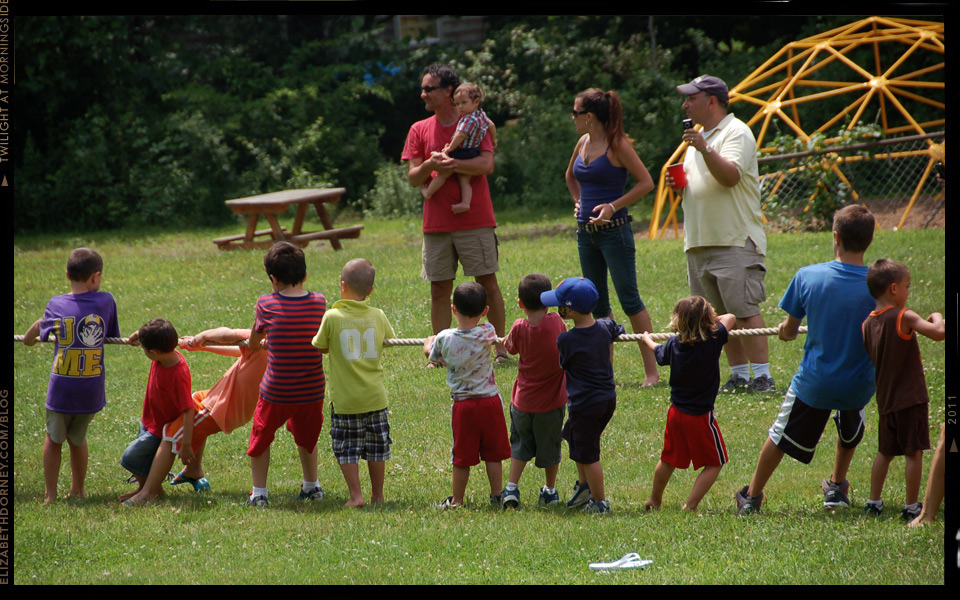 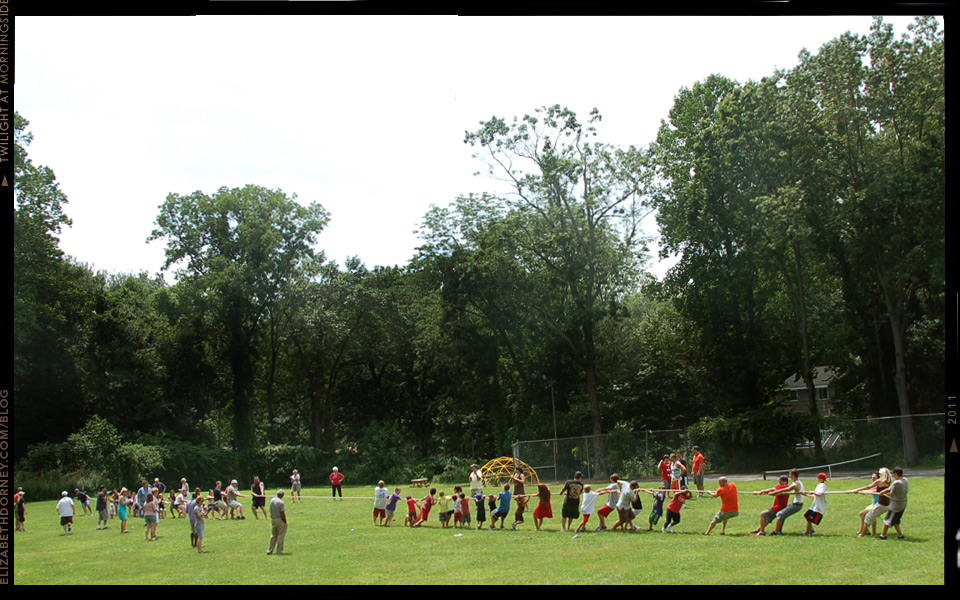 We bring our own chairs and always seek shade on the hillside. This year the weather was perfect. Just a slight breeze to cool things off. 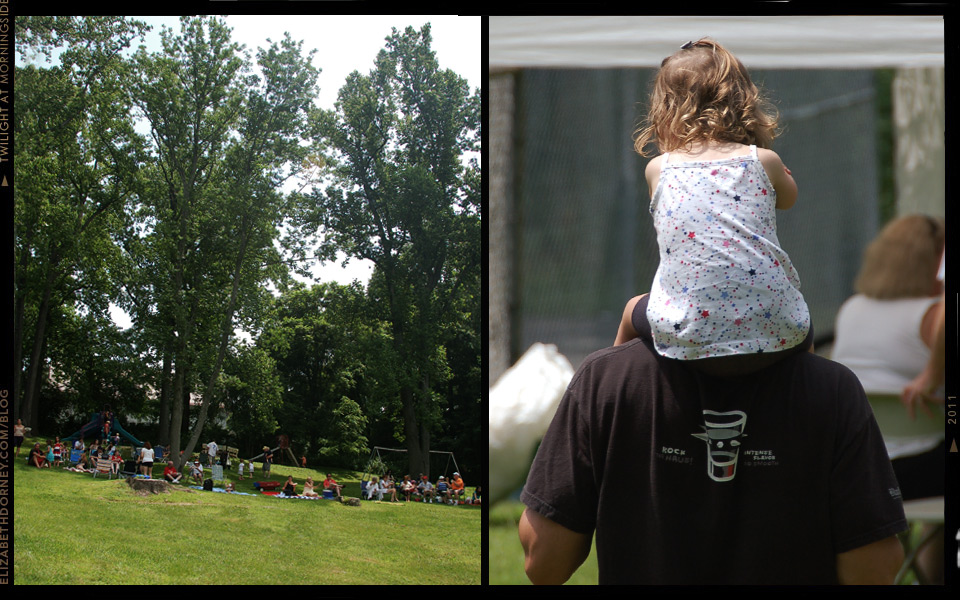 Back to the three-legged race 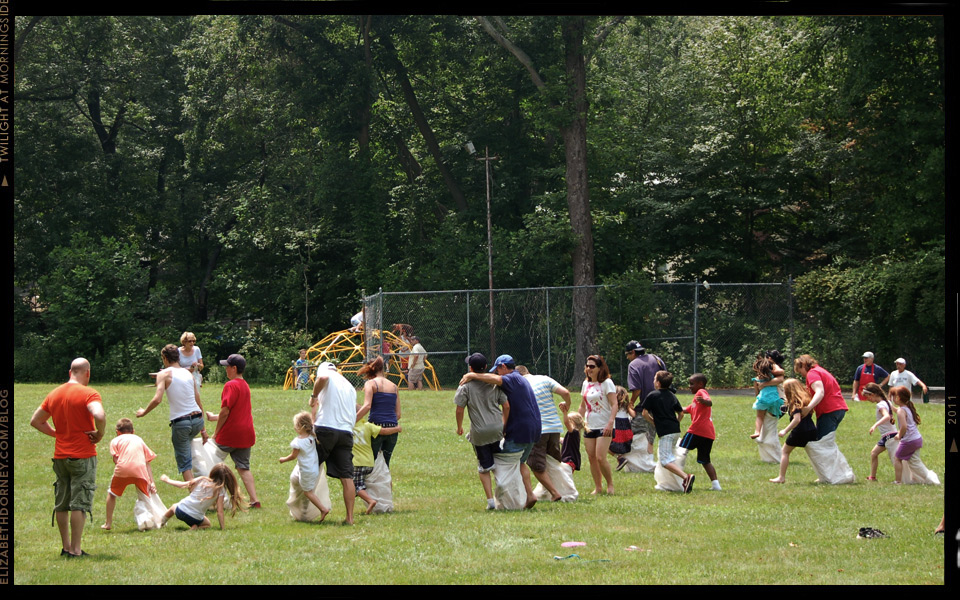 And the sack race 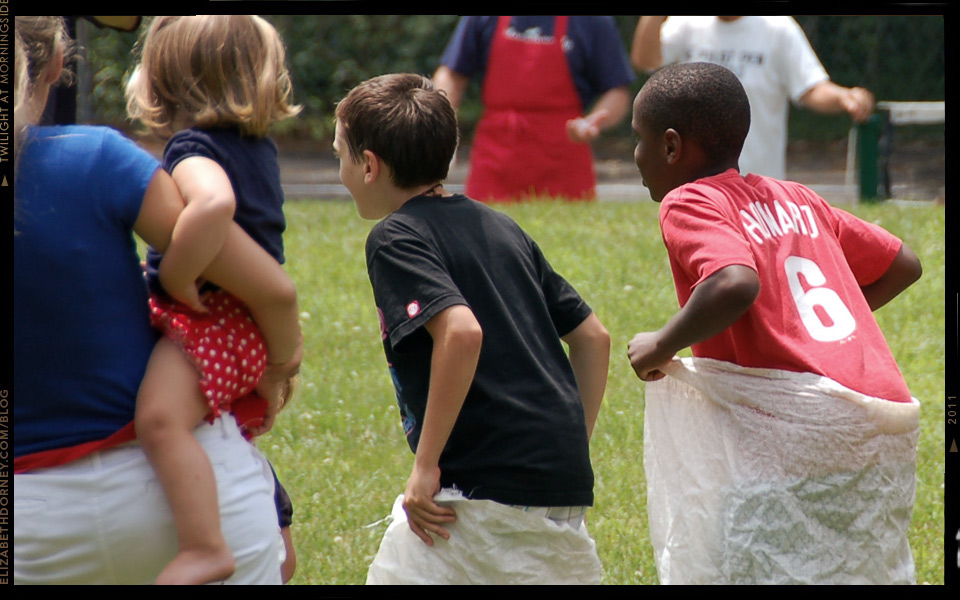 And finally… the egg toss. A lot of eggs met their demise on that field! 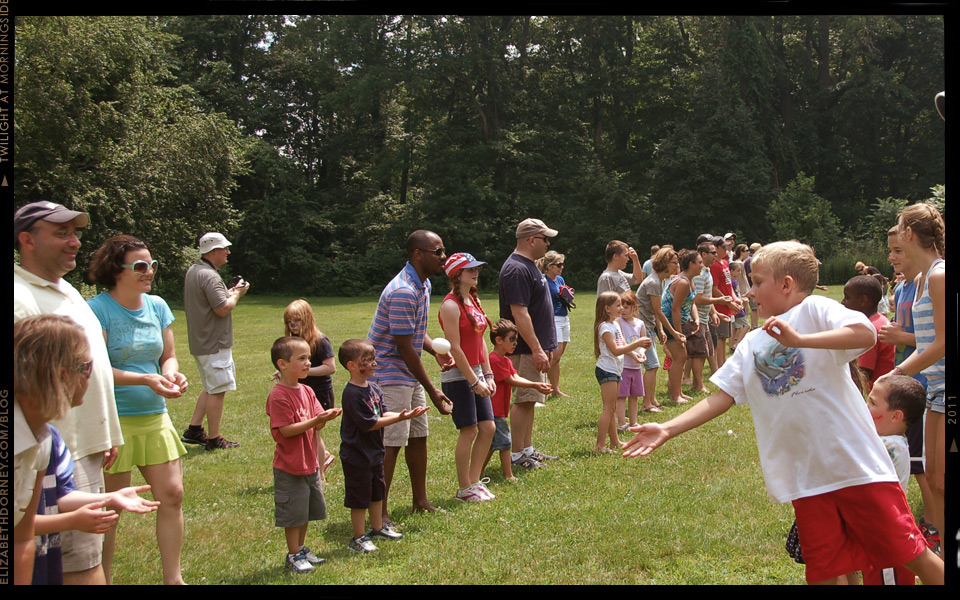 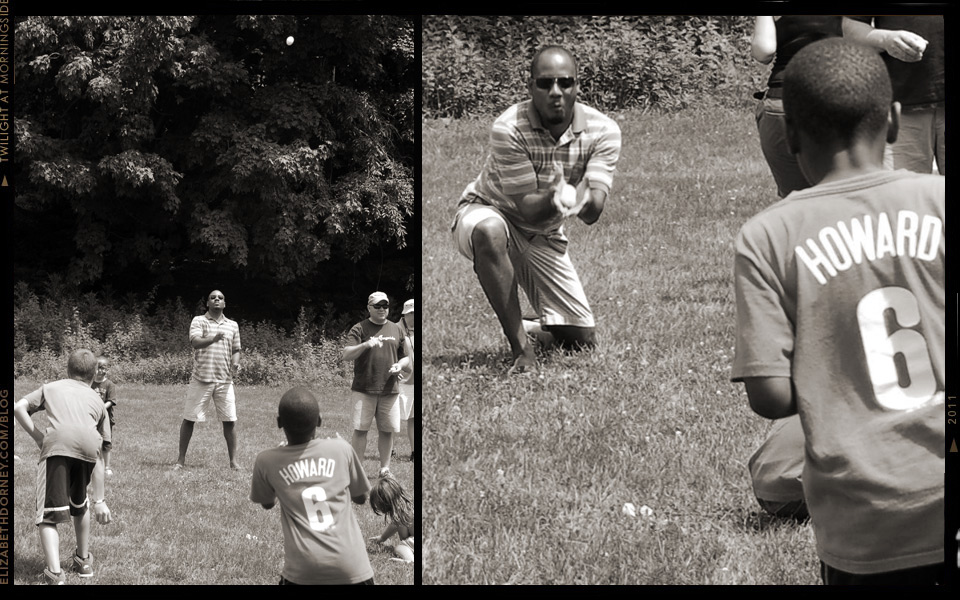 It’s really wonderful to have a frosty treat on a hot summer day. In order for the neighborhood kids to get their ice cream, first they need to deliver it out to all the adults on the field. 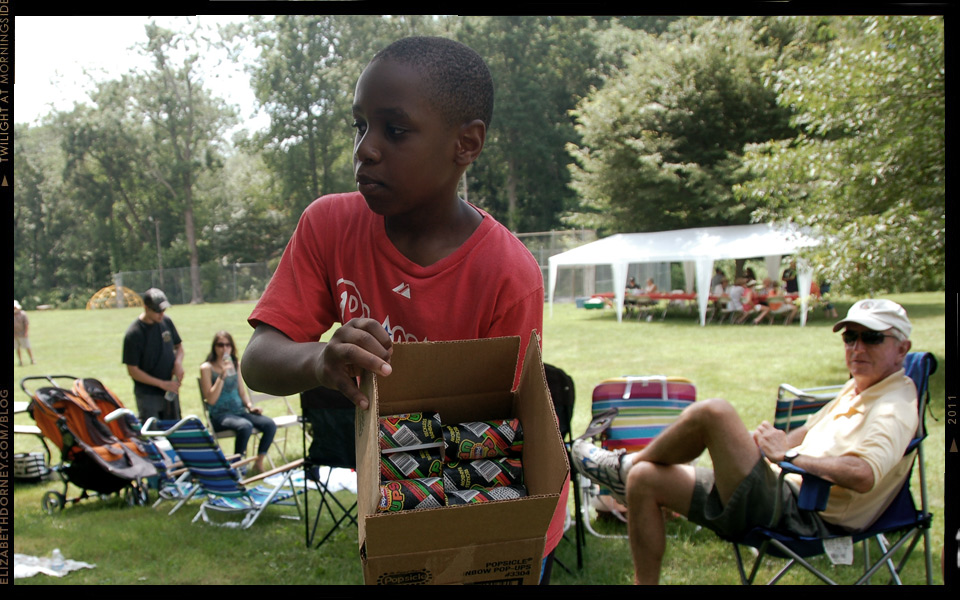 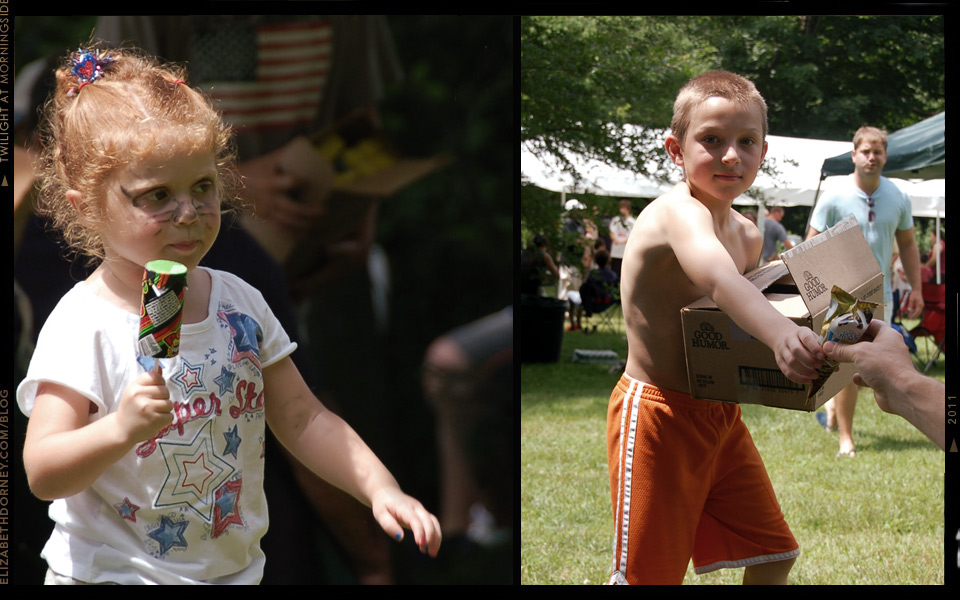