I had a Christmas party a few years ago and my friend Christine brought these cranberries that were madly addicting. Last year, I got the recipe and set out to make them myself. I heated the syrup and cranberries too much and the berries began to pop. I had cranberry sauce. In my holiday exhaustion, I gave up.

Last week, 101Cookbooks.com posted its version of Sparkling Cranberries and I saw a few key factors I liked about the recipe, it involved no cooking of the cranberries and it suggested using different size sugar crystals and I liked the idea of the different textures. In the end, I made my own modifications to the the simple sugar syrup it suggests. I added green cardamom seeds, sliced ginger and a few star anise to the syrup on the stove.  You just strain out all the solids before combining the syrup with the cranberries and can follow her recipe for the rest of the details. I used the two different size sugars, a Hain Organic -which is awfully chunky-  and a regular granulated sugar.  This was just a practice run, I’ll probably make a new batch right on Christmas Eve… hopefully with the proper sized sugar. I don’t usually like anise because it’s such a strong flavor, but I like it here, as it can stand up to the tart pop of the cranberries. 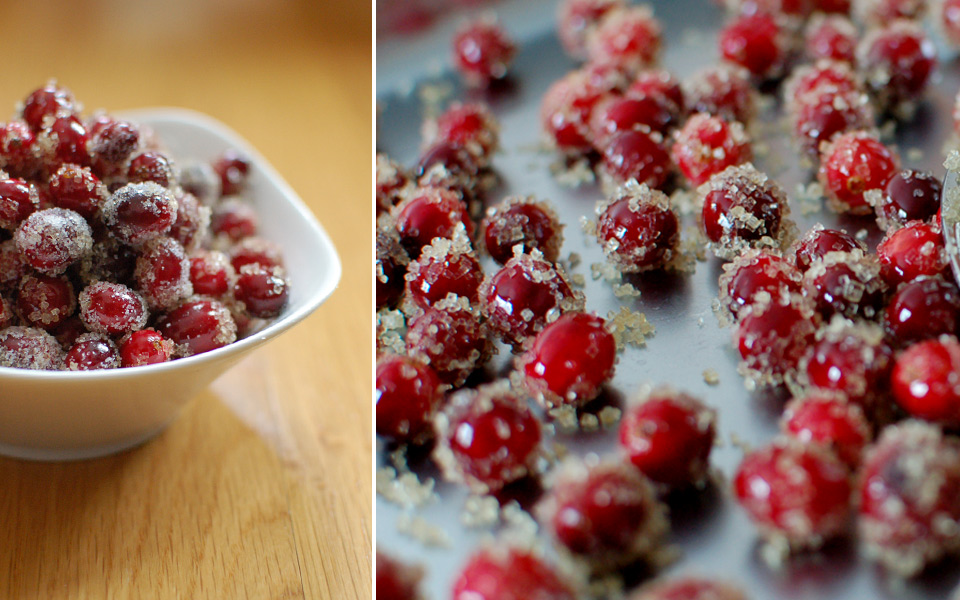