While cataloging the posts that didn’t make it on to the blog in 2011, I recognize that I was notably quiet about our experience with Tropical Storm Irene. I was unnerved by life without electricity and even more upset watching my in-laws and their neighbors deal with aftereffects, less than half a mile away. We hosted those a few who could no longer inhabit their homes and lived by the grace of a generator. It was not convenient, but it was nothing to complain about.

I started this post back in September, but never found the energy to finish it until now. Five months later, my in-laws are very close to returning home.

September 8, 2011
How quickly life goes back to normal. I’m still momentarily surprised by hot water from the tap, flipping the switch and being delivered from darkness. Last week, I learned to appreciate all those little things so easily taken for granted.

Hurricane Irene roared up the Eastern Seaboard, but in the end it was the storm surge that ended up being even more devastating. Here in Morningside we lost power for 5 days, but I know there are those who lost much more. It was a rough week all around, but we are counting ourselves lucky that our friends and family are safe.

In Morningside, a tremendous wind violently ripped the leaves into a soggy green carpet 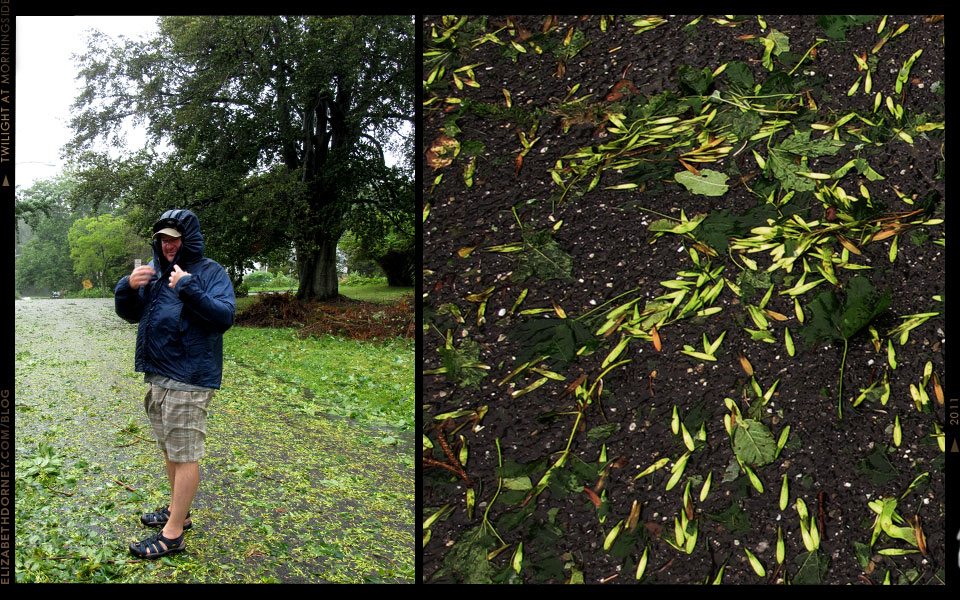 The angry Long Island Sound, high above from the Morningside seawall 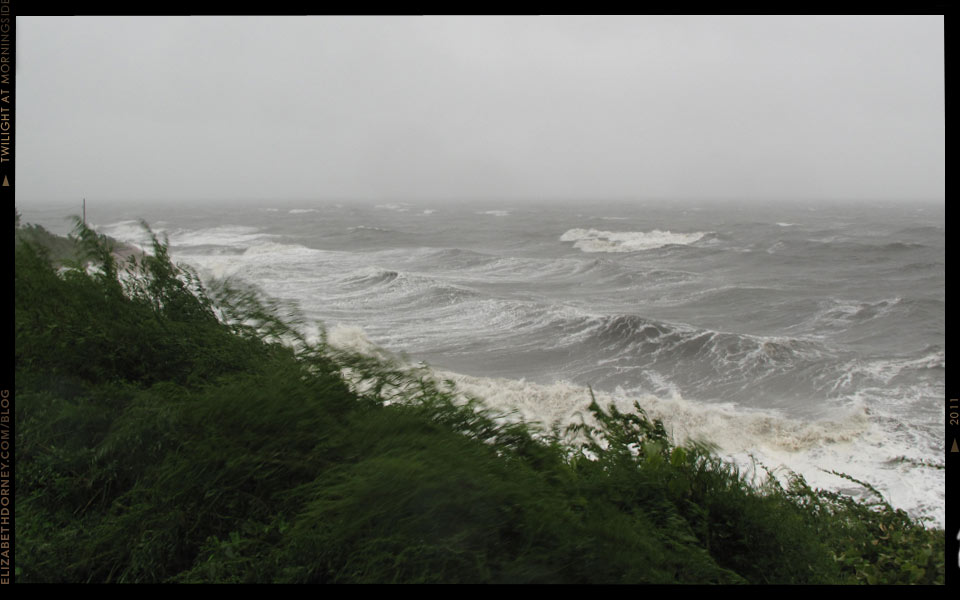 So much for the hurricane shutter… and the window. 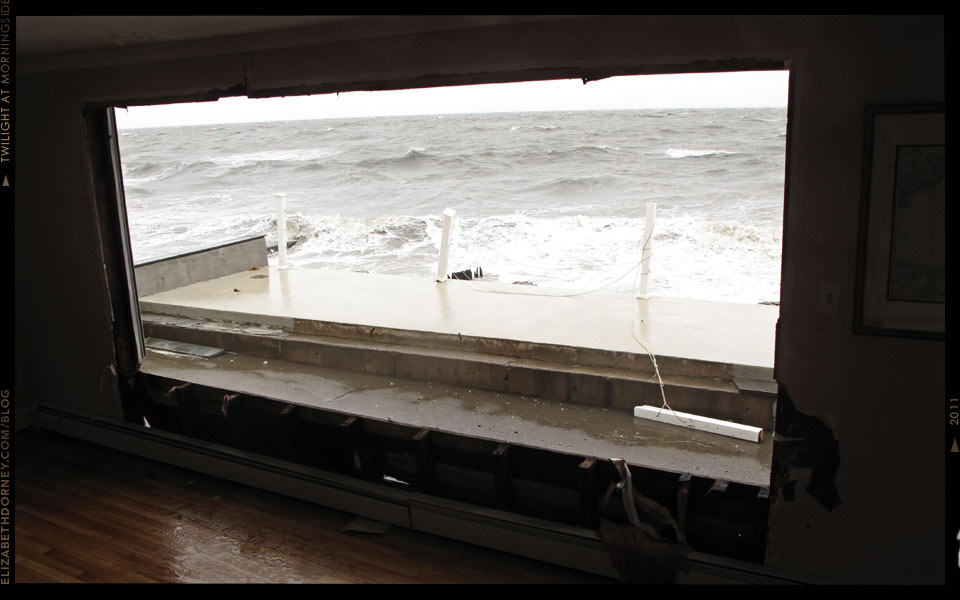 The storm surge flooded the neighborhood and set all kinds of personal effects adrift in the street. 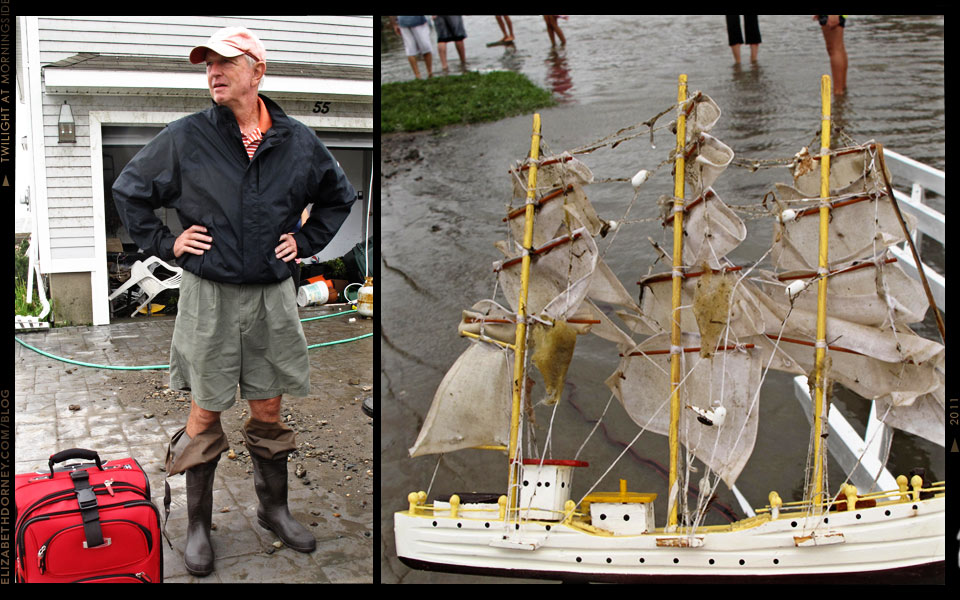 Not every golf cart ride is fun 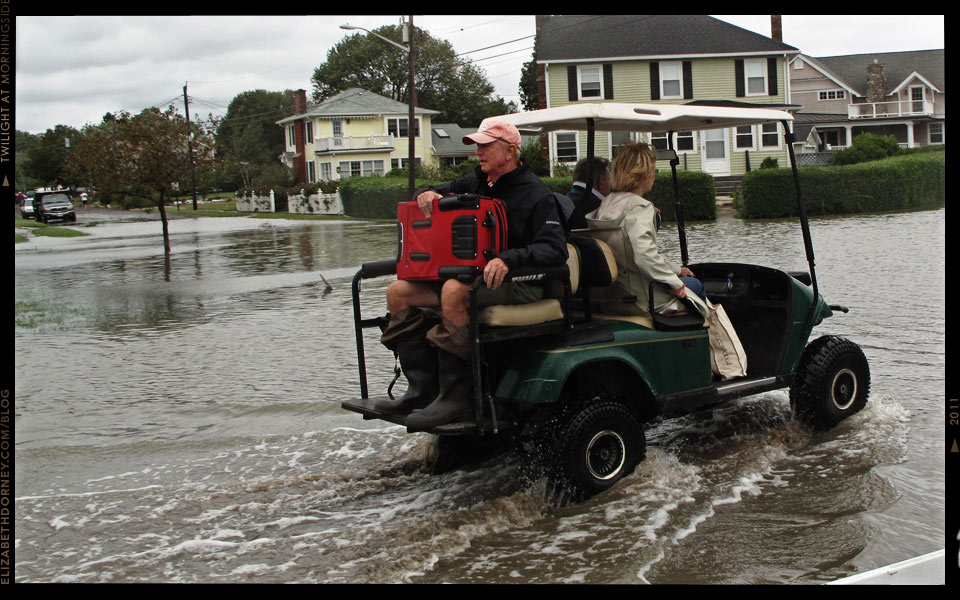 One block in, now on the waterfront 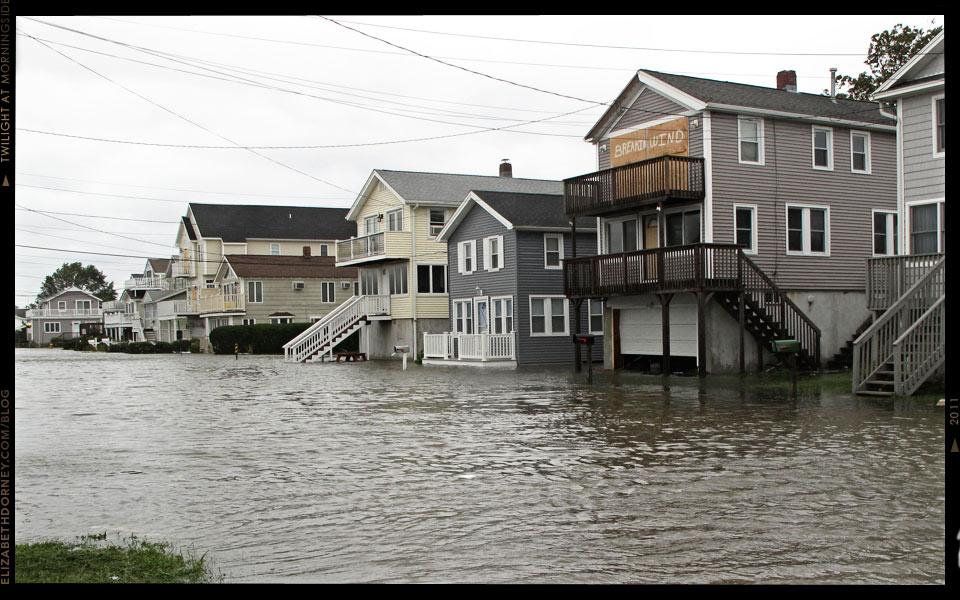 This little water voyage made me smile 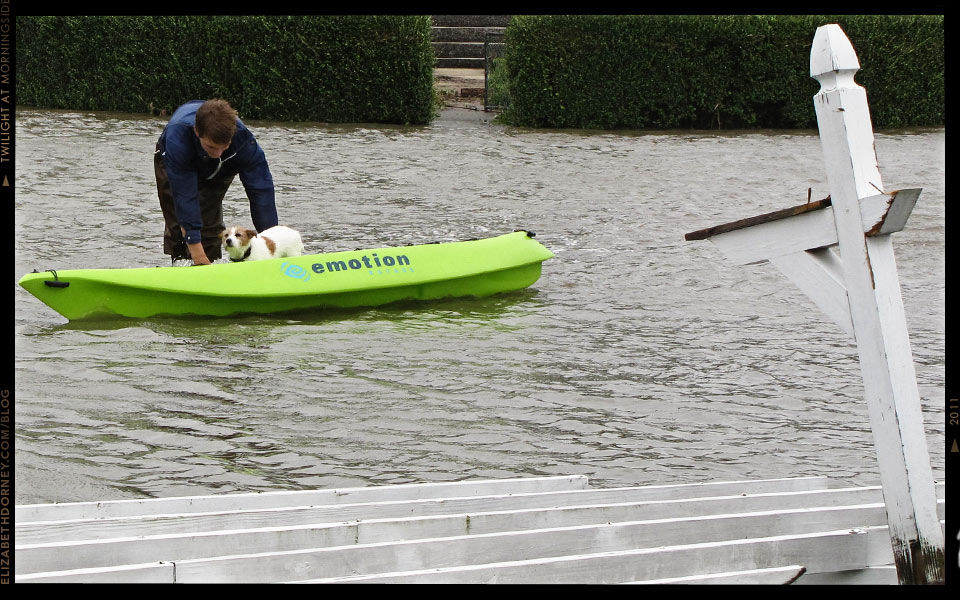 One day later: golden tranquility returns to the shoreline. 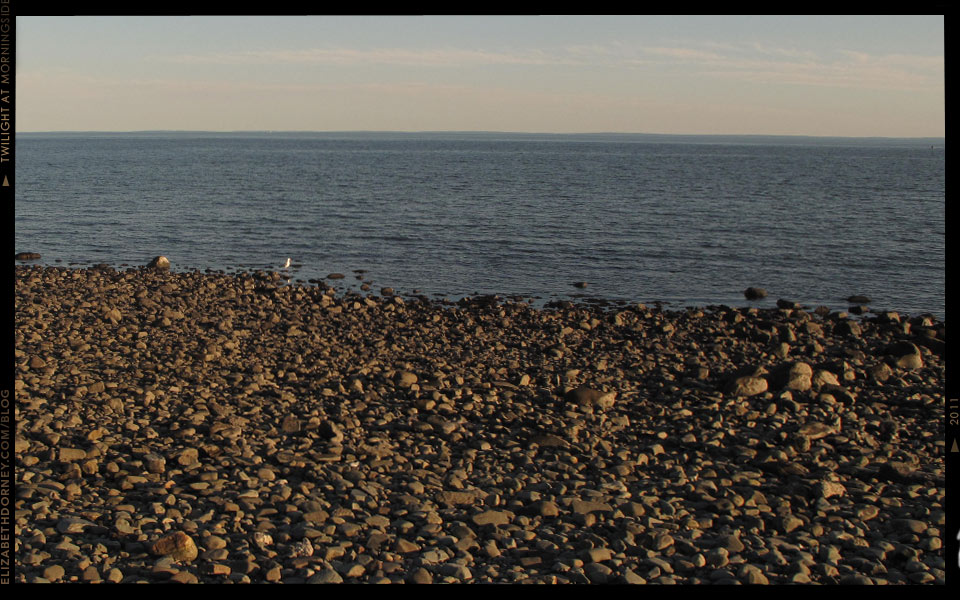