From NPR News In Washington

I grew up listening to NPR. Back then I didn’t want to, but it was ALWAYS on. Before school. After school. Any time we were in the car.  So I heard all kinds of public radio programming, but I pretty much took Carl Kasell for granted until he appeared on the weekend scene with Wait Wait… Don’t Tell Me, the NPR news quiz show.  I officially knew I was an NPR nerd when I wanted his voice on my home answering machine!

Mr. Kasell’s final newscast will be December 30, though he will still be the judge and scorekeeper for WWDTM.  I wish him well as he leaves the morning airwaves and hope he enjoy sleeping in, now that he no longer has to get up at 1 a.m.

I was introduced to Mr. Kasell at a WWDTM event at the Yale British Art Gallery. I’ll never forget it. I was so awestruck and afraid of saying something dumb, that I couldn’t say anything. I was mortified. And poor Mr. Kasell just had to wander away to find someone who could carry out their end of the conversation.

Well, I never did get his voice on my answering machine, but the same person who introduced me to this broadcast veteran got us an autographed photo for our wedding. Yes, public radio nerd that I am… I thought it was a totally awesome gift! 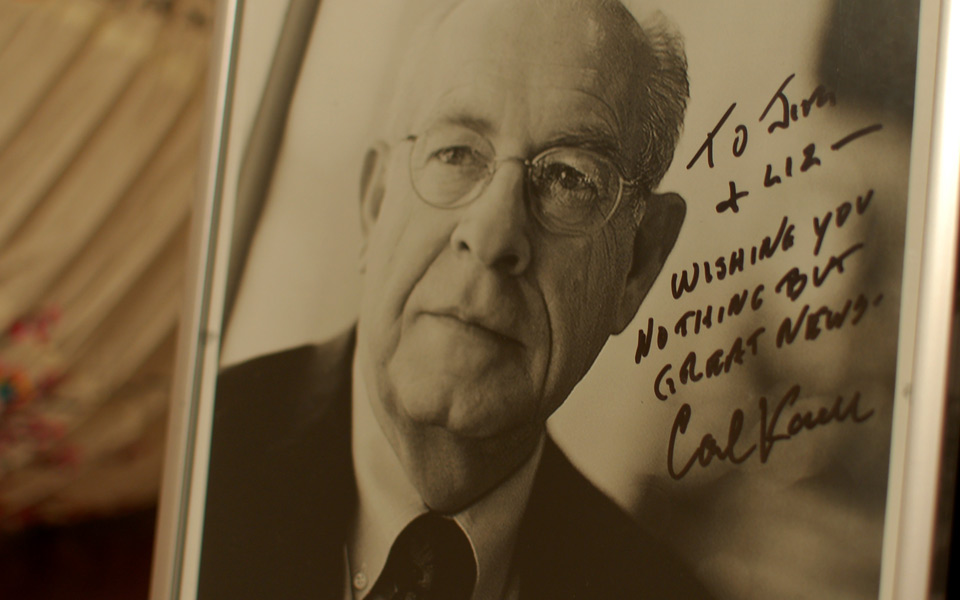