Well it’s already the 10th, so I realized I better get going with these photos from the long fourth of July weekend! 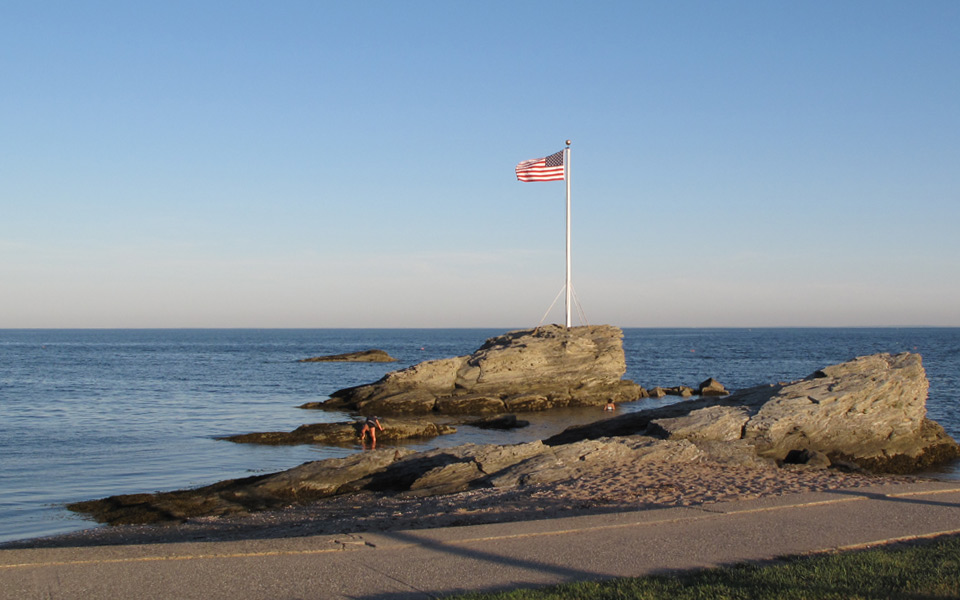 On the fourth, our first stop was Fort Trumbull beach. We looked for my cousin Kim and her family, but the beach was quiet. I think everyone was busy getting ready for the festivities later in the day. 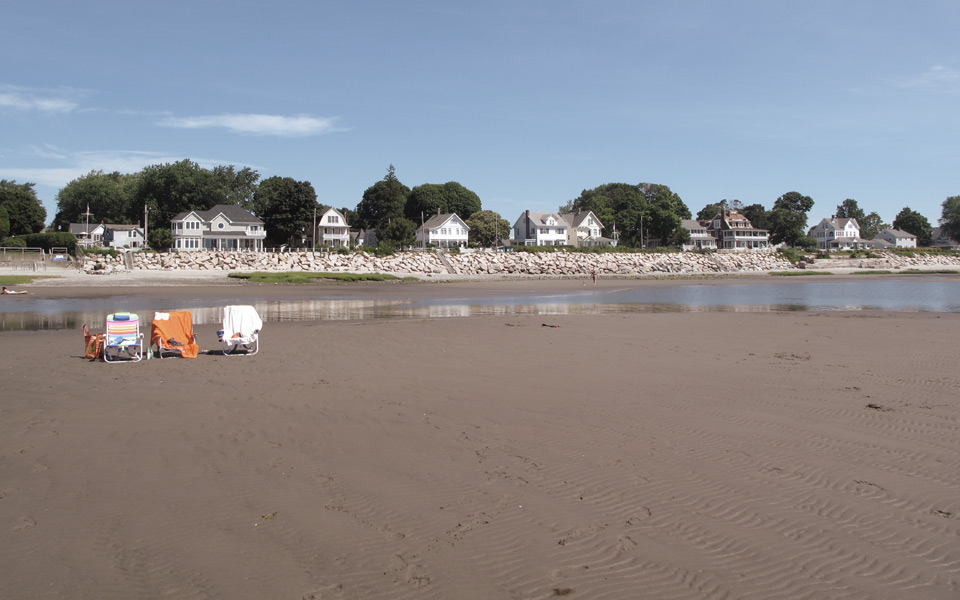 Brent’s used the the beautiful Pacific Ocean. Here he gets his first taste of the Long Island Sound and the sandbars at low tide. 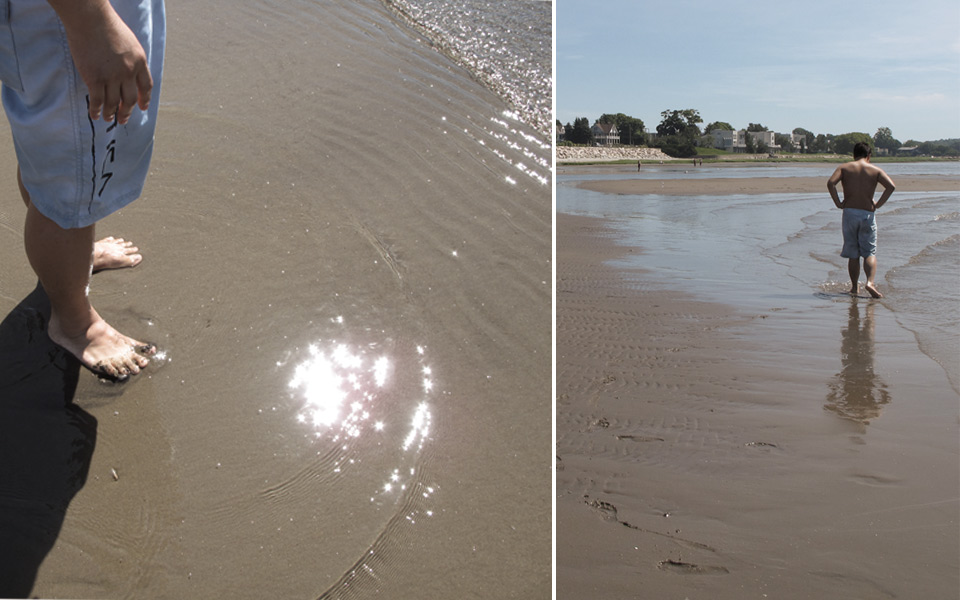 Then he’s off to try the paddleboard. He’s a natural, but being from Hawaii, he’s also been on a surfboard before… Maybe that helped him get adjusted so quickly. 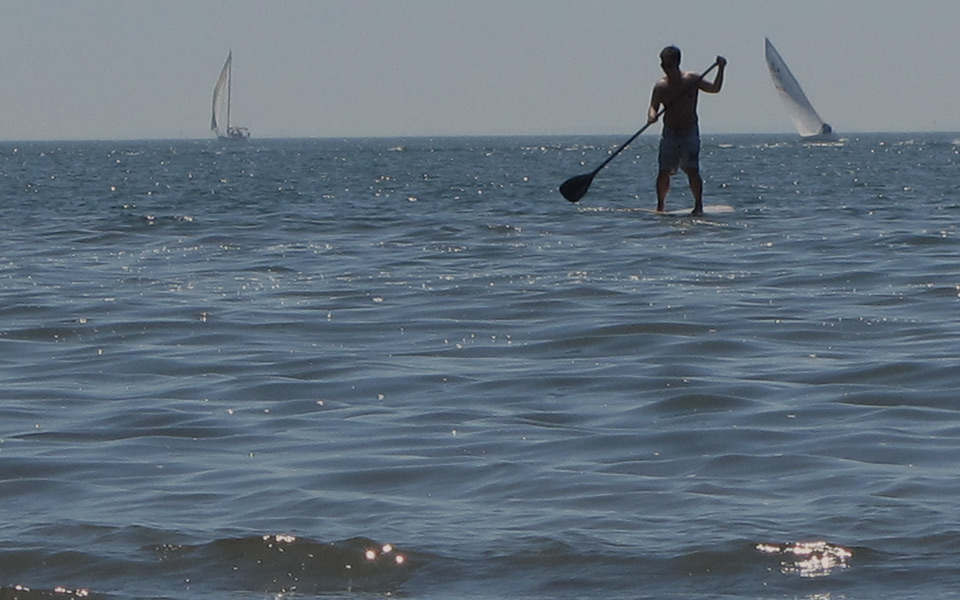 Next stop, our neighborhood’s big 4th of July picnic. Brent declared it was like being in a movie. I guess it would be a movie about small town America. Milford can be pretty charming in the summer. 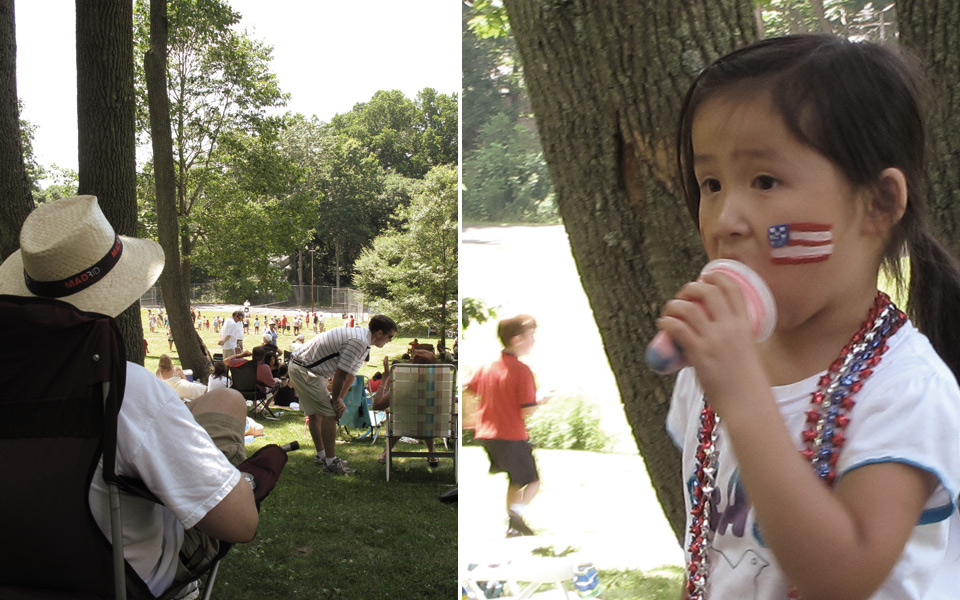 Later that afternoon we saw David and Danny & the boys having fun off near the raft in Morningside. 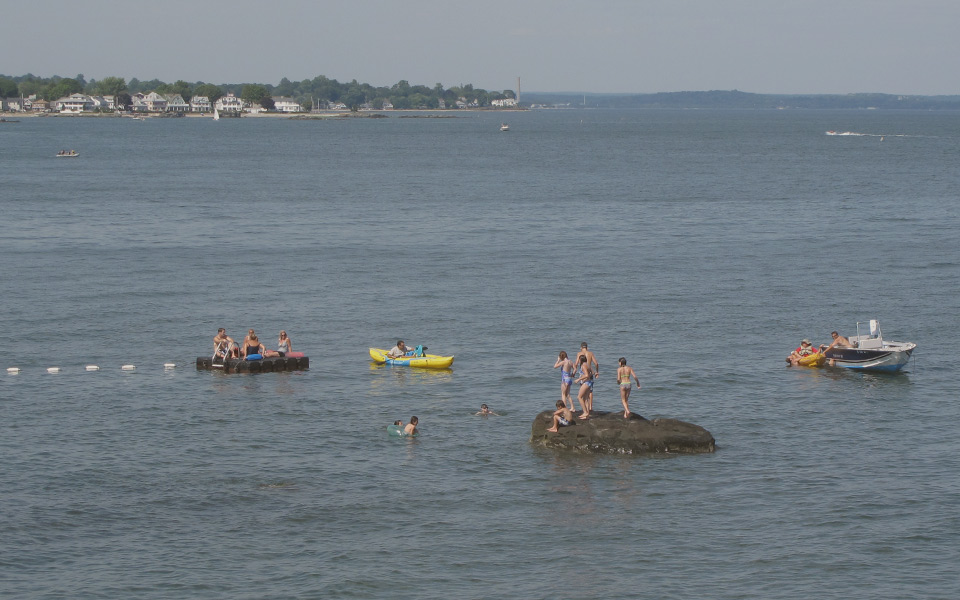 We spent a lot of time on the golf cart, because really who wants to walk? 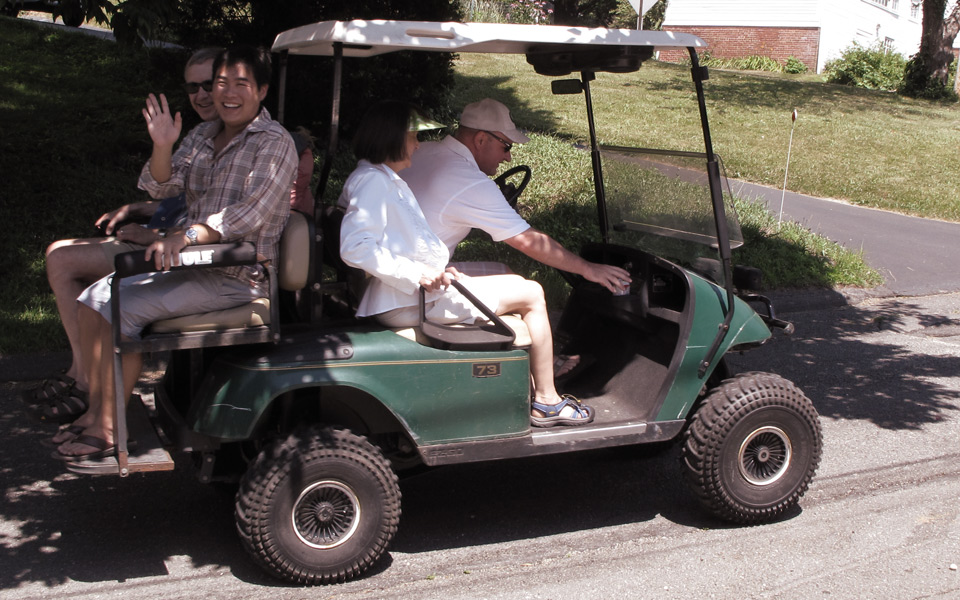 Now we’re speeding along Morningside Drive in the golf cart! 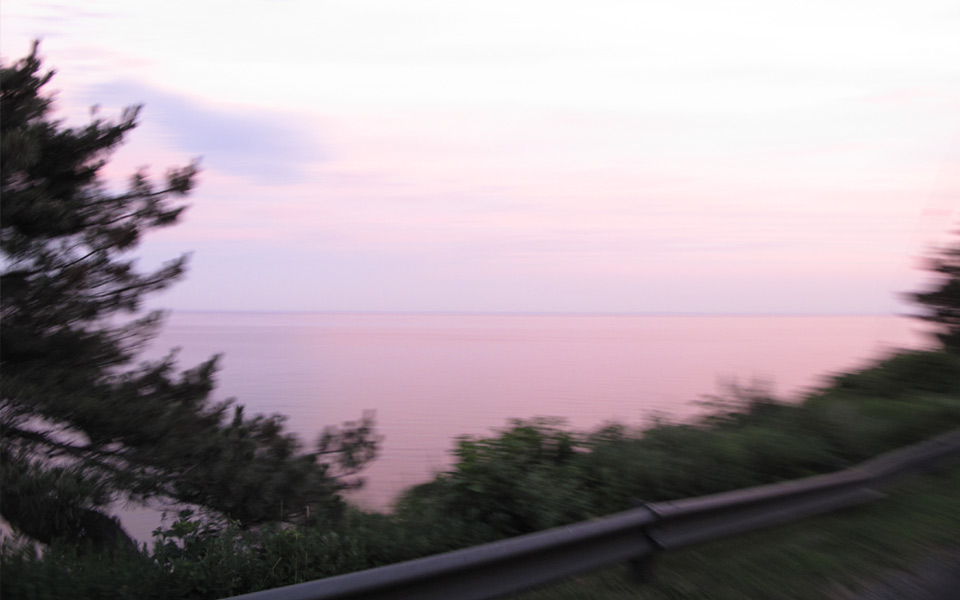 I actually spent some time in the kitchen, but didn’t manage to photograph anything but this trifle. 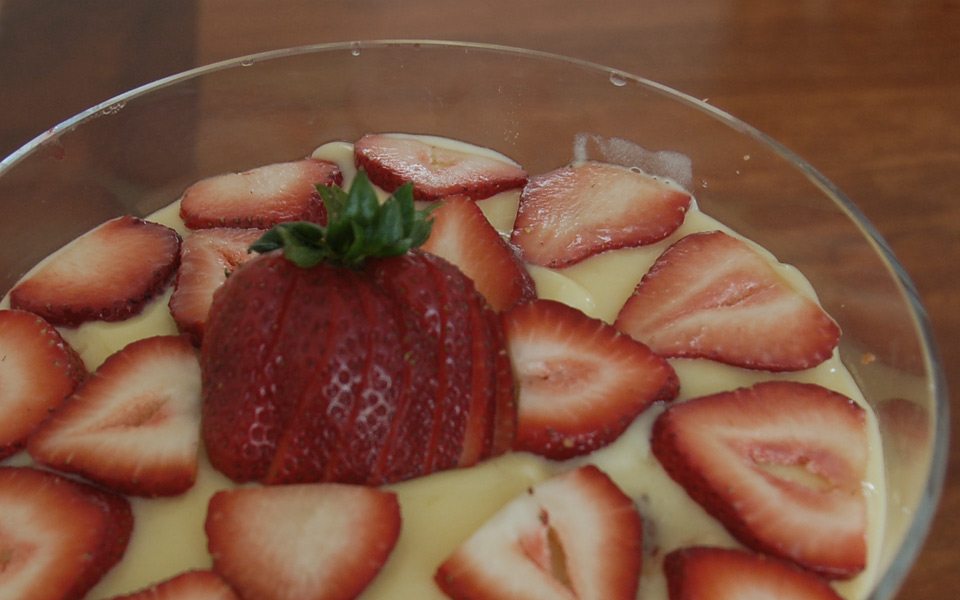 Day 2 at the beach and we headed for Bayview. It was very still the morning after the fireworks extravaganza! Brent wasn’t sure what was in the sand, but we assured him they were just snails. 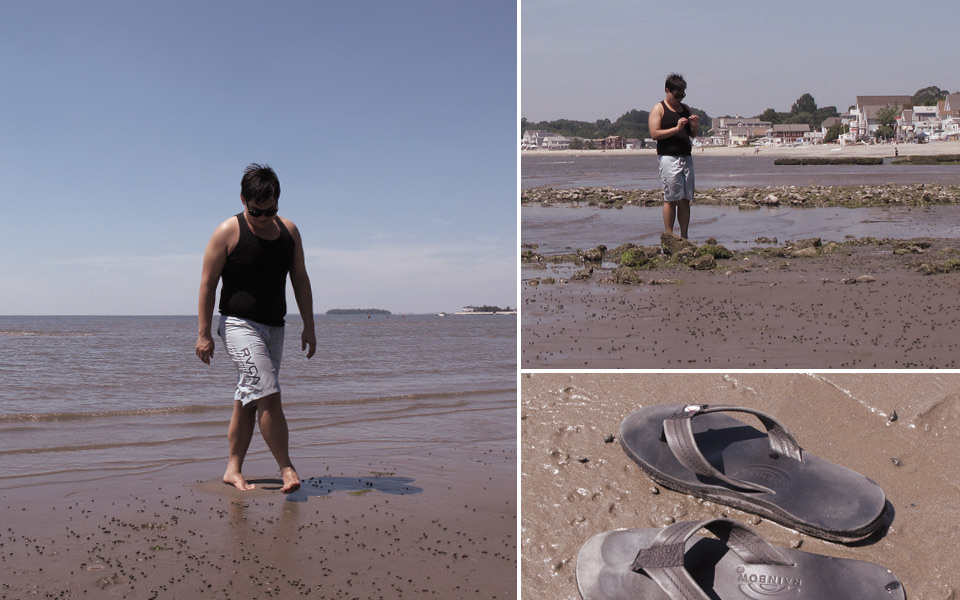 Our new beachcomber Brent managed to pick out a dozen oysters as the tide went out. I’ve never seen oysters in Bayview before! We made sure to leave them so they could get bigger. 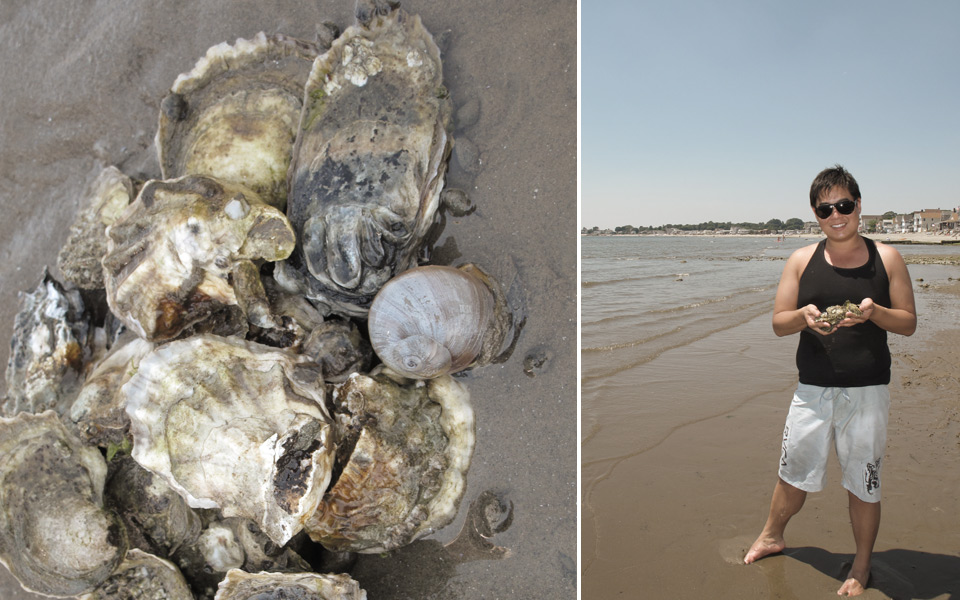 These photos have an odd tint since they were shot through the lens of D’s Persols. 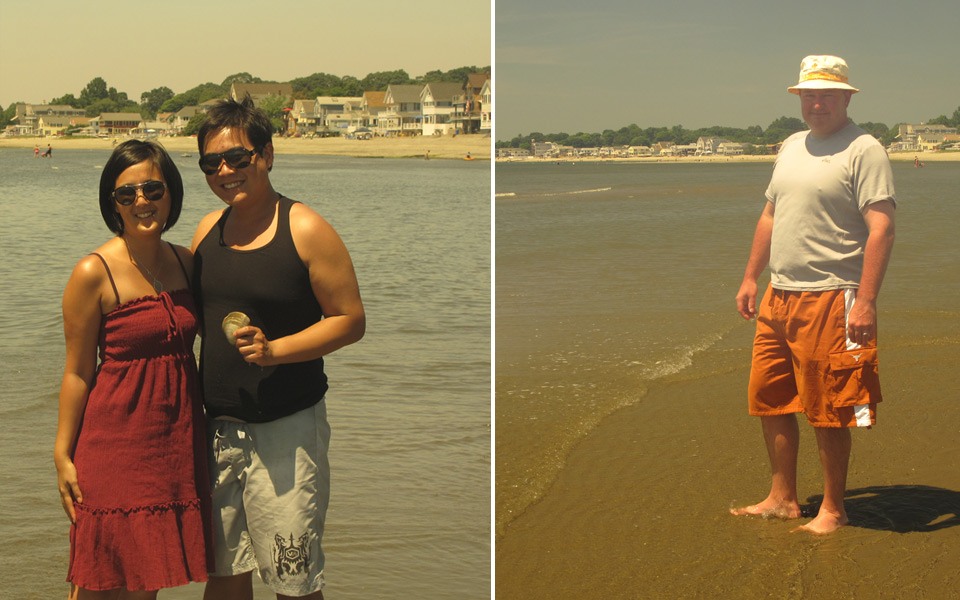 On Monday afternoon we logged some quiet time in the hammock. Earlier in the day, I managed to slice my big toe on an oyster shell while we were at Bayview.  This incident factored into my decision to buy the hands-down, ugliest footwear I have ever seen… a pair of Vibram FiveFingers KSOs. They arrive tomorrow and I hope they work well with the paddleboard! 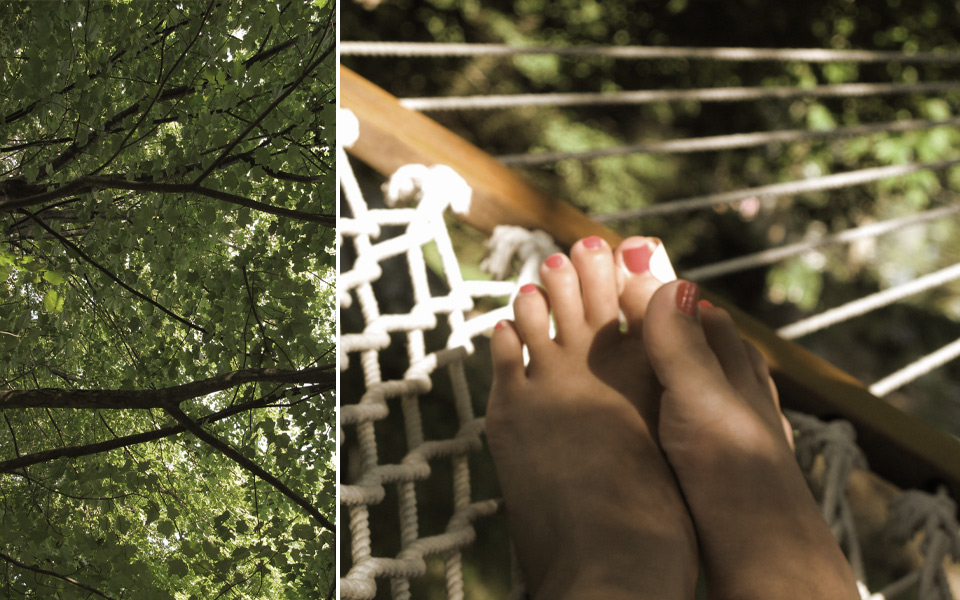 I grabbed a quick video of Brent on the move in Fort Trumbull.
.