This post is for all of you who have never been to a college football game.  You’ll get a taste of game day on campus, without giving up your whole Saturday!

I went to a women’s college. There was no game day parade, no football team and certainly no tailgating.  Brent, my cousin from Hawaii studying at Boston University, had never been to a Division 1 college game either. And that was how my crafty husband convinced me to attend yet another football game: Virginia Tech vs Boston College 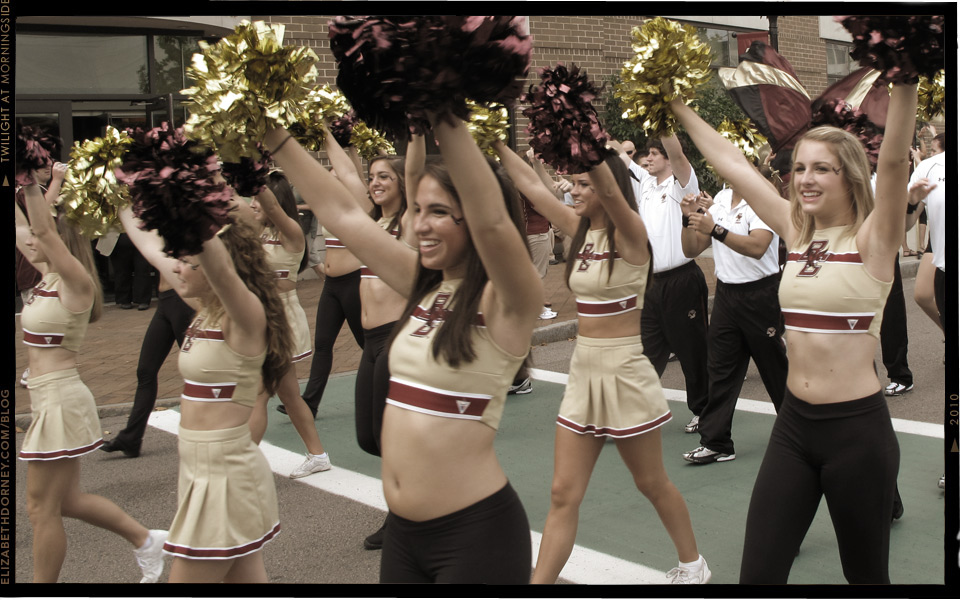 We arrive on campus early enough to watch the pre-game parade. 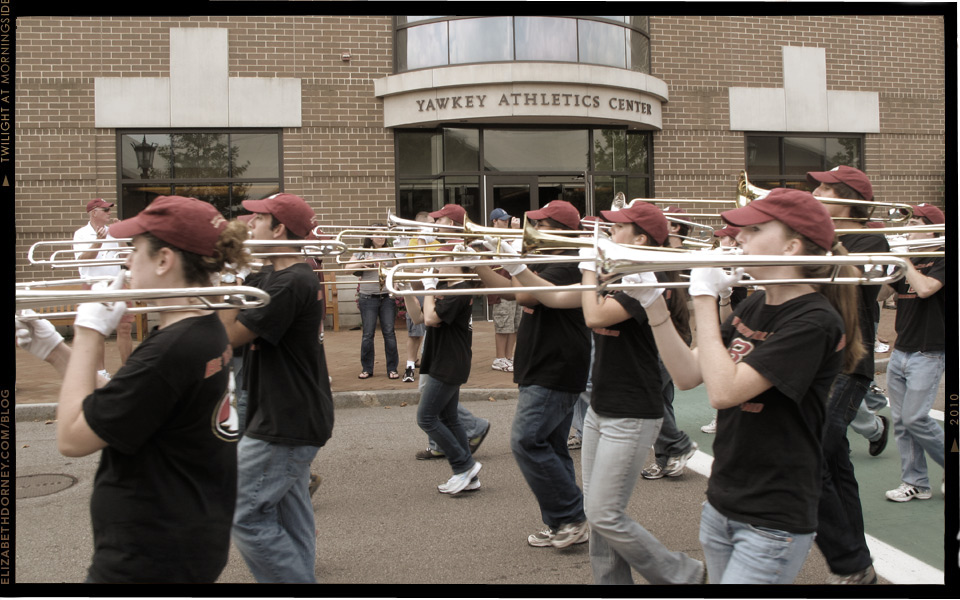 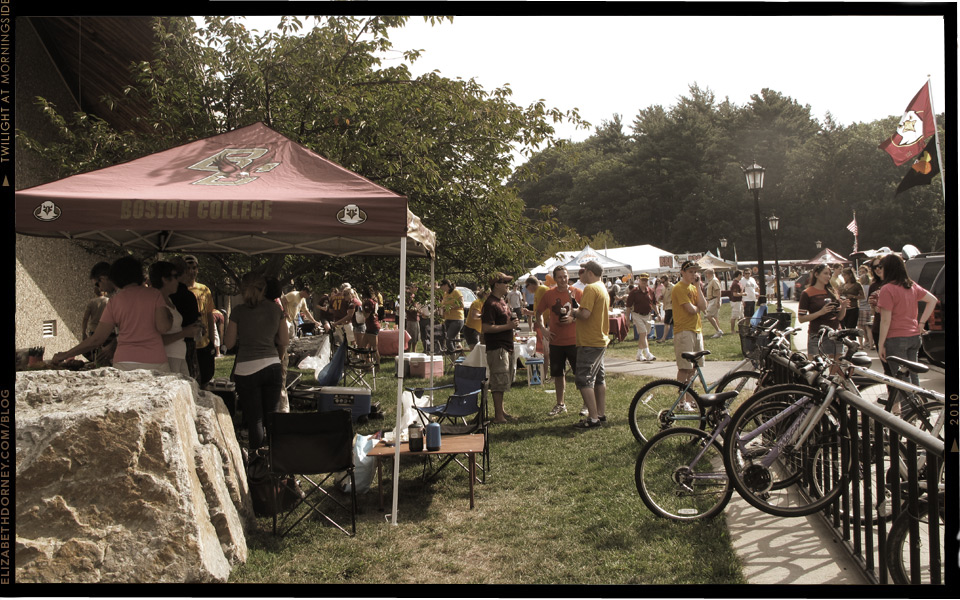 We spent our pre-game time drinking bloody marys and visiting other tailgates. Our neighbors introduced us to Pete Cronan, an announcer for the game.
This former Eagle and NFL player kindly let us anchor around his tailgate setup. 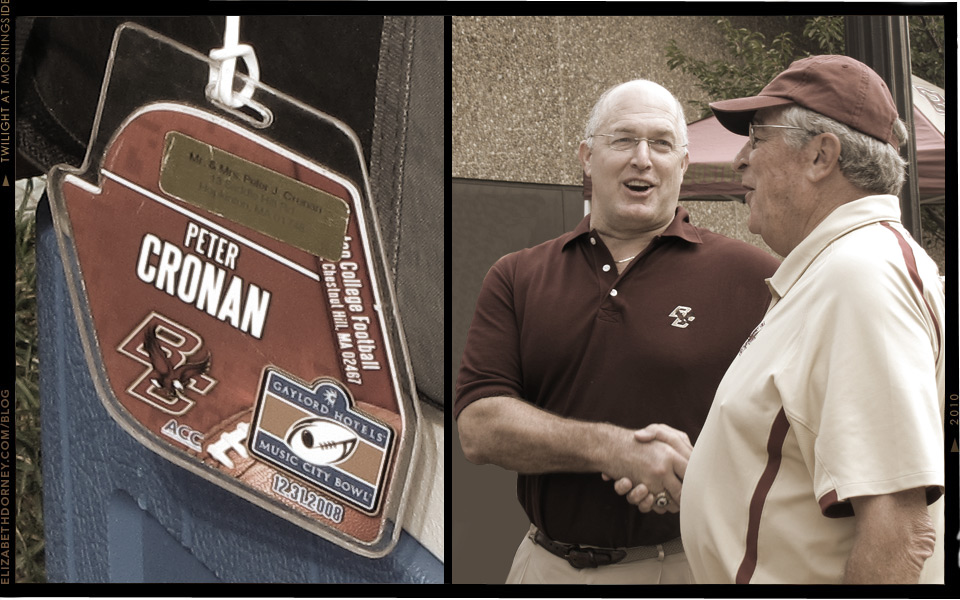 We met Morningside neighbors Grace and Steve, who were at Boston College for Parents Weekend. They are below with their daughter Laura, class of 2011. 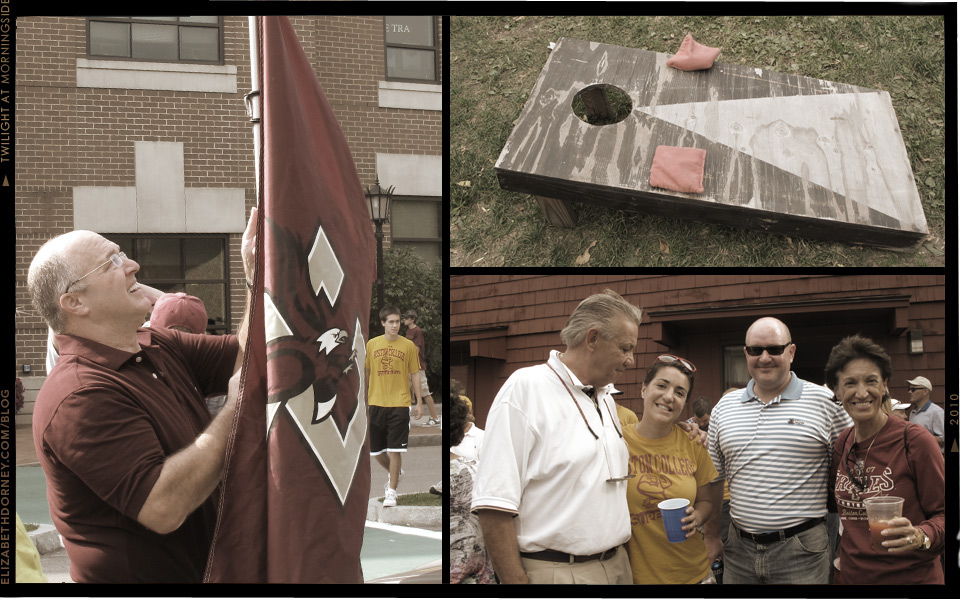 Alumni stadium holds over 40,000 fans and somehow we managed to run right into D’s Uncle Mike as we headed to our seats. Uncle Mike is a Double Eagle (Boston College and BC Law School) 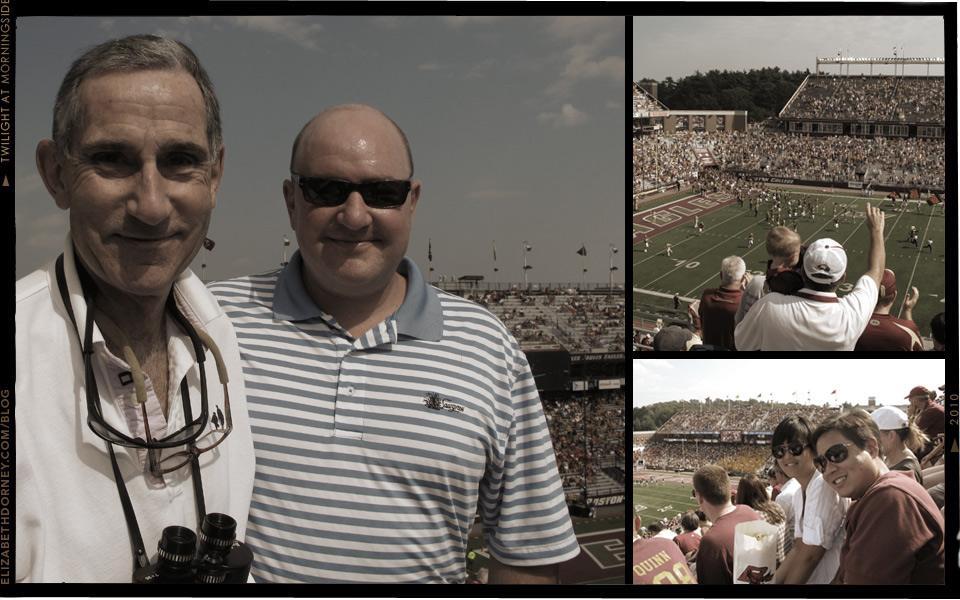 I had envisioned a crisp Fall day to visit campus. Unfortunately, it was more like summer with Boston temps topping out at 88 degrees! Above right, Brent and I are enjoying our stadium popcorn and baking in the sun. 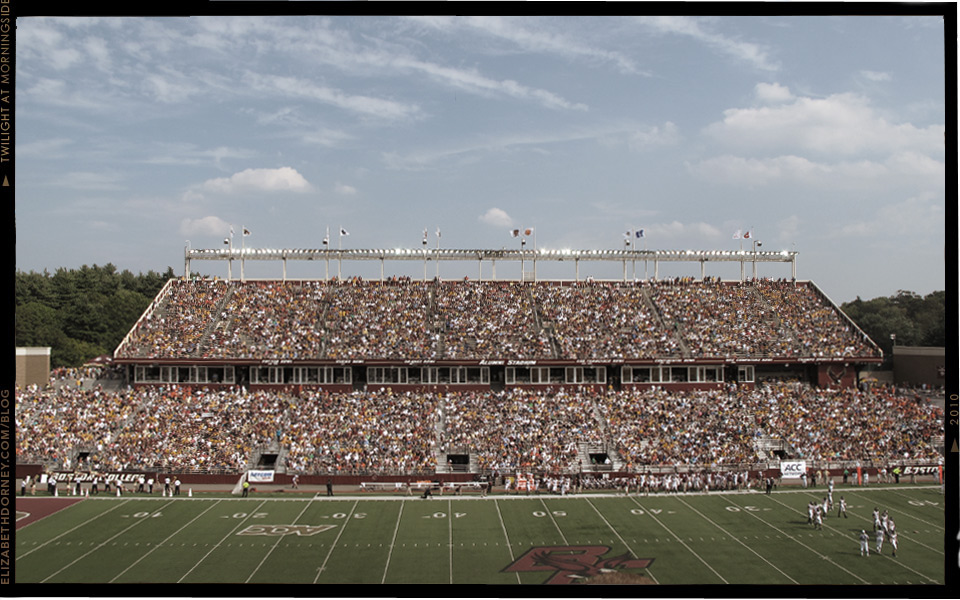 The stadium does not allow cameras with detachable lenses (I always check first after learning my lesson at a UCONN/UT basketball game).
This whole post was shot my point & shoot G10.