Milford has over 15 miles of shoreline. I’ve heard it’s more than any other town in Connecticut. For the Fourth, every waterfront neighborhood seems to ramp up with picnics and amazing aerial displays of fireworks. The City of Milford does not fund a fireworks display on the water. The pyrotechnics are financed and set up by local residents.

True to my word, I didn’t leave the zip code on Sunday or Monday. D and I went paddleboarding on Sunday morning, but also brought the board to the seawall in Morningside later in the day.  It was high tide, so once the board was down the stairs it wasn’t a problem to get it to the water. It’s rare for me to photograph at the waterfront, but Morningside is all granite and no sand! I stayed on the seawall while D paddled out.  On the left side of the photograph you can see the Morningside raft. 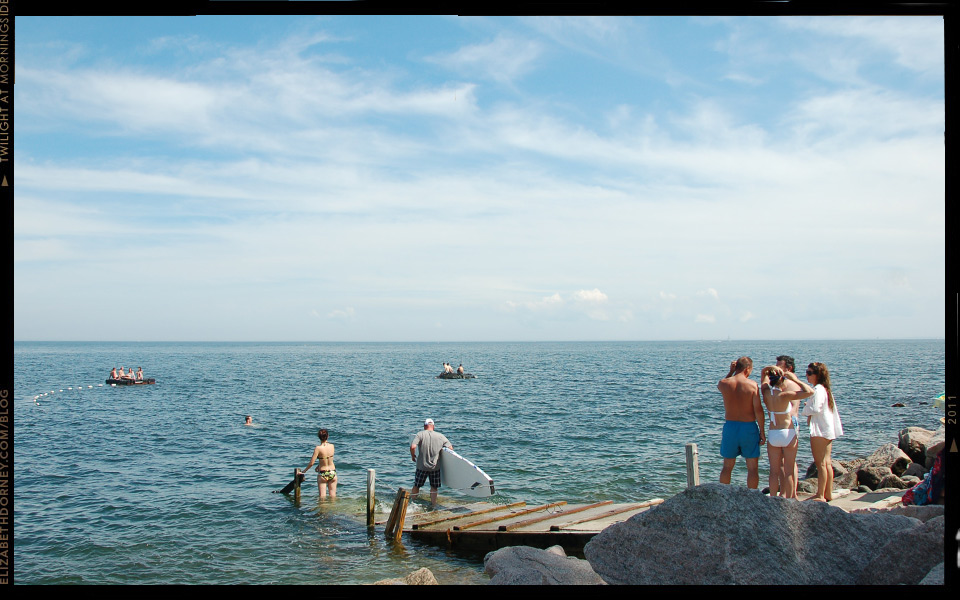 Huke is out on the board, D and his boys look on… 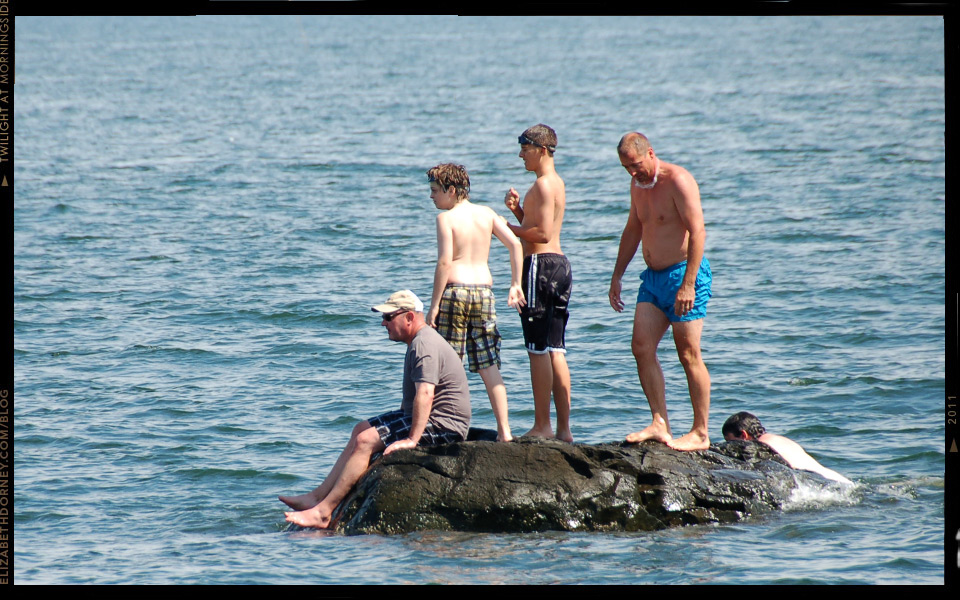 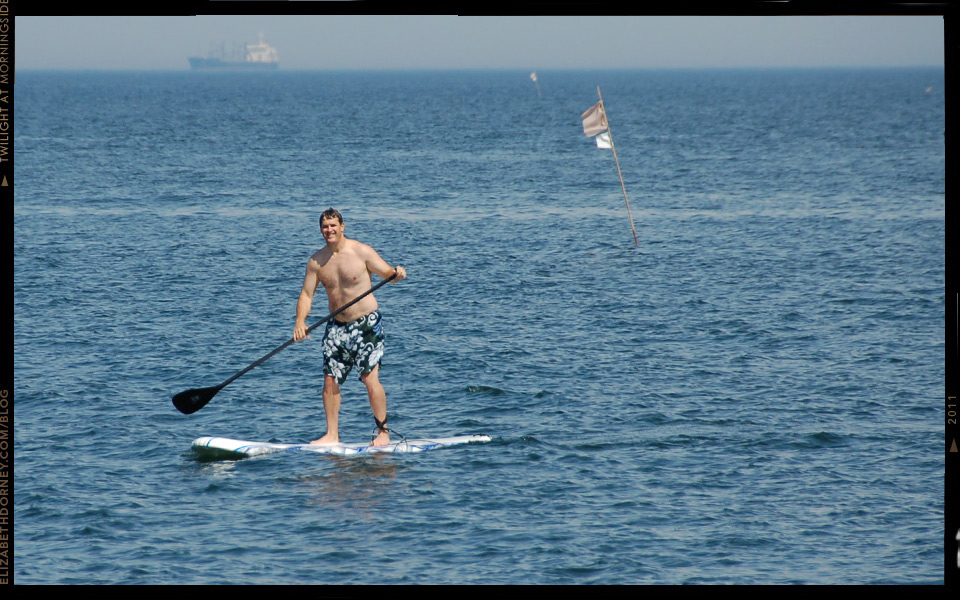 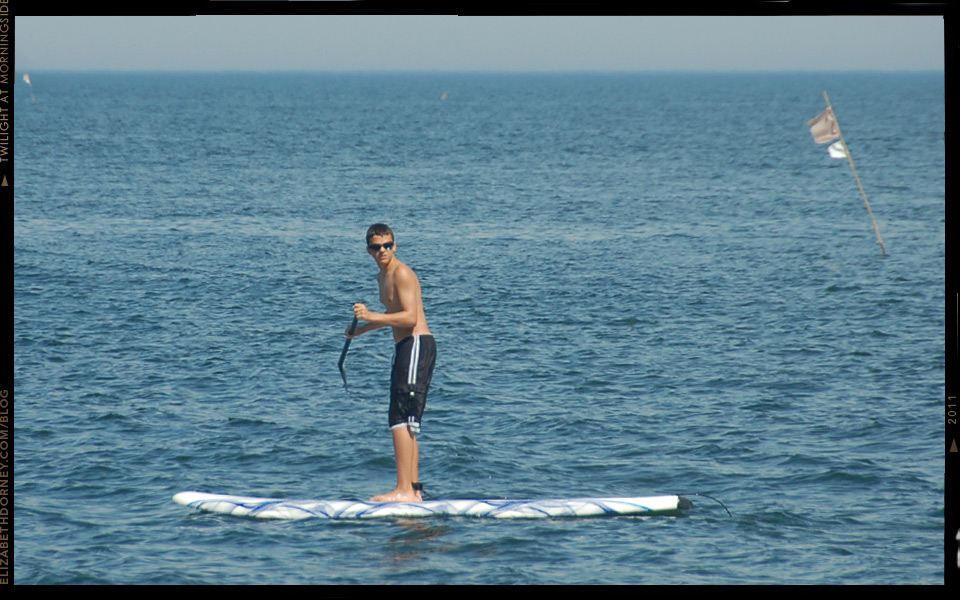 Looking down the Morningside seawall towards Hillside and Villa Rosa. 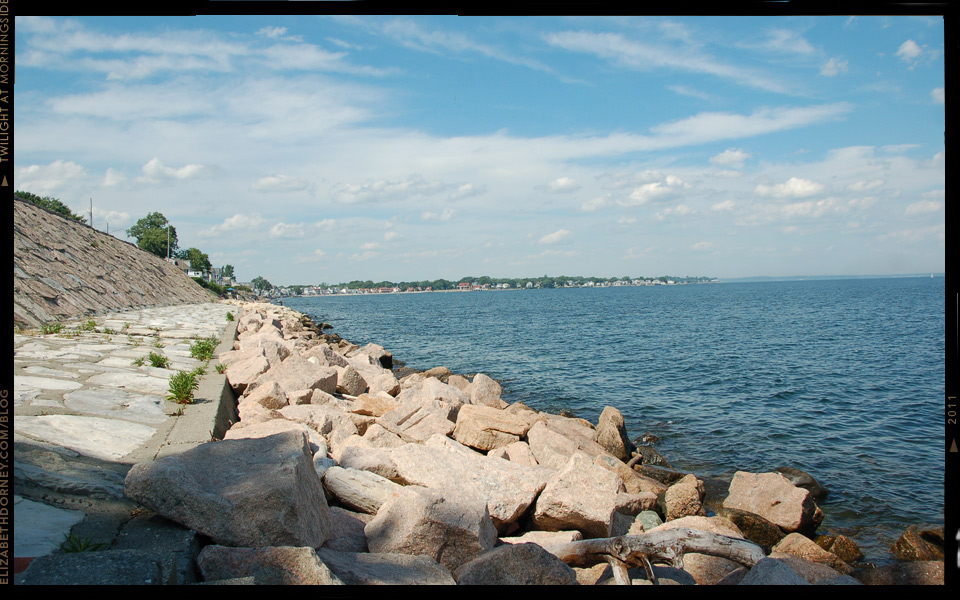 D is trying out my new board. His may be prettier, but mine is easier to ride! 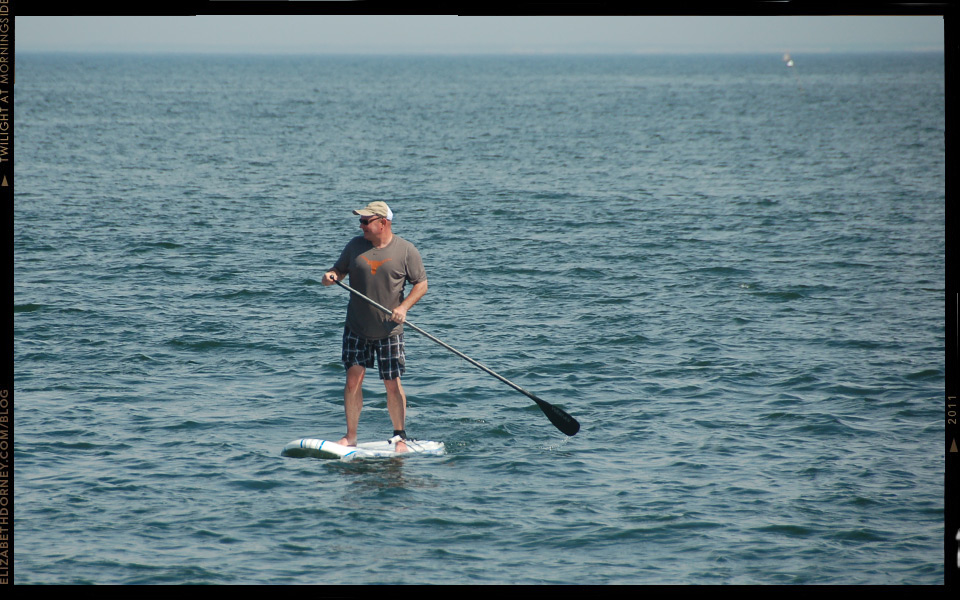 We’re not used to hanging at this section of the seawall. There were many more swimmers and sunbathers enjoying the sunshine and proximity to the Morningside raft. 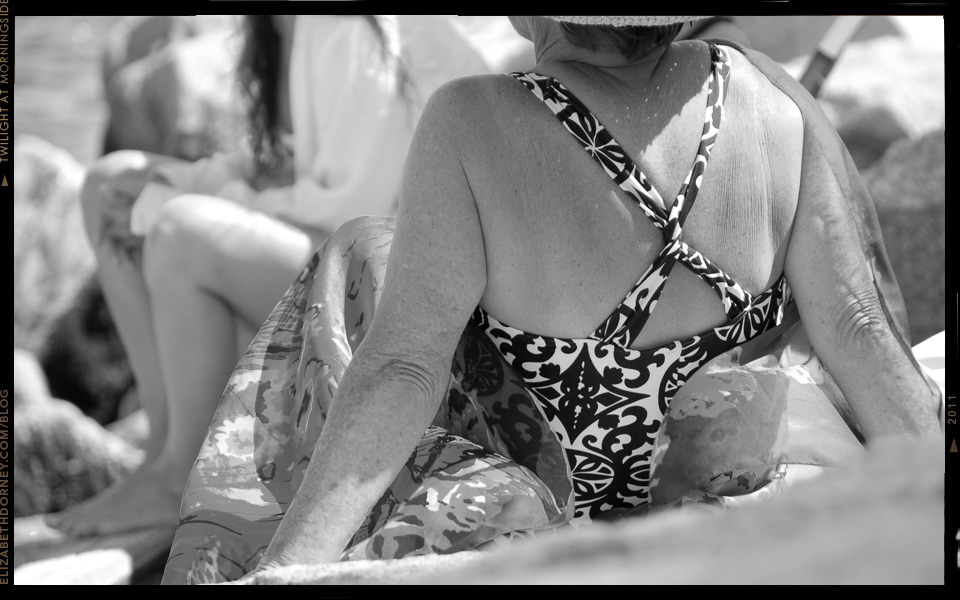 After last year’s spectacular sunset in Point Beach, I was determined to get more photographs on the Fourth. Timing was perfect, low tide meant the sandbars were out for the fireworks. 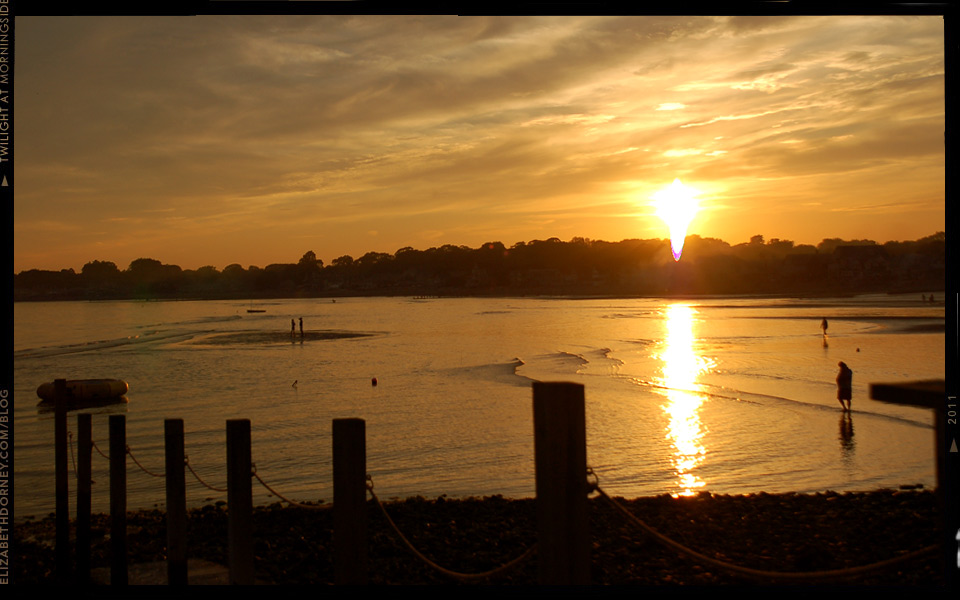 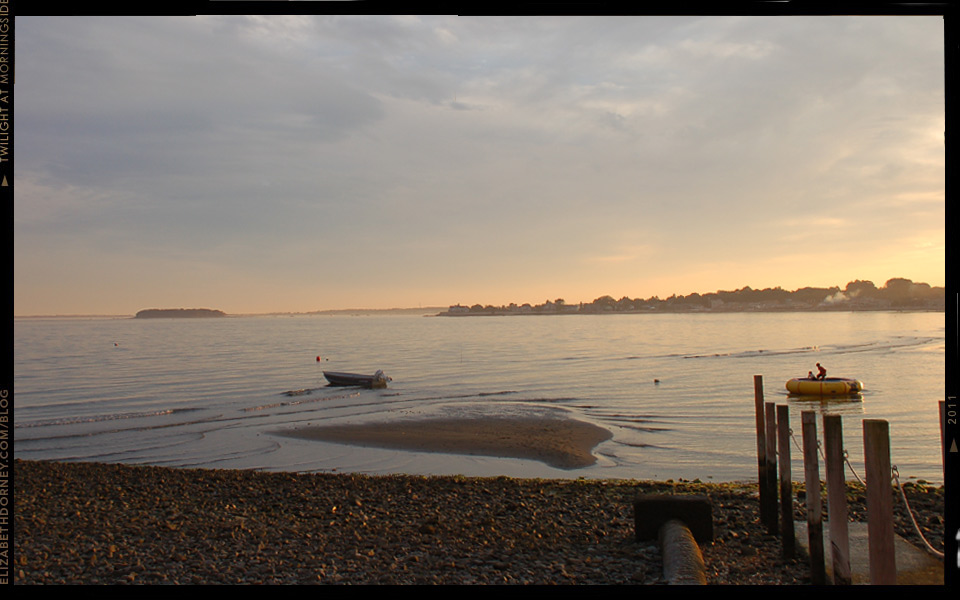 Getting into the holiday spirit in Point Beach 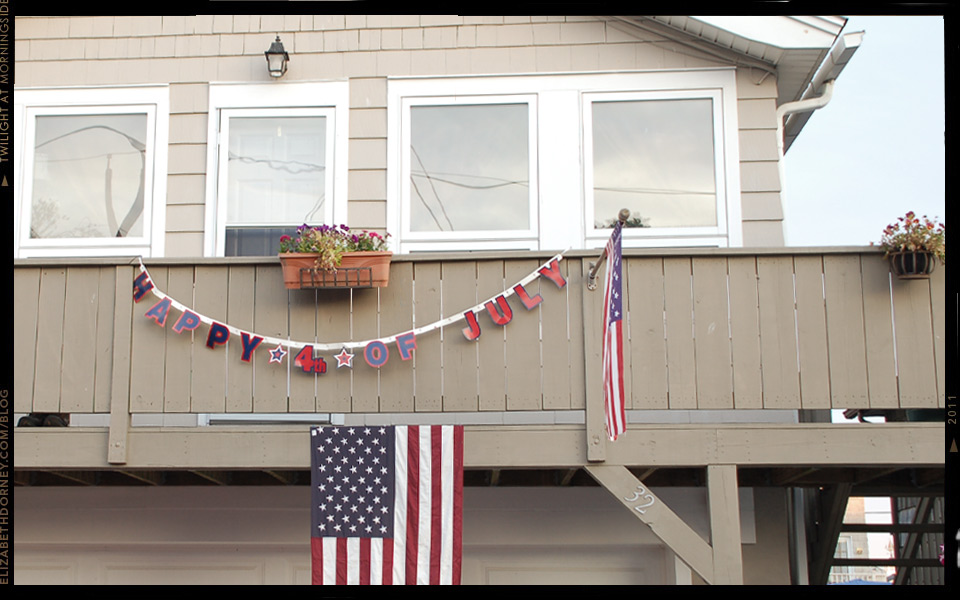 and in our old ‘hood, Bayview 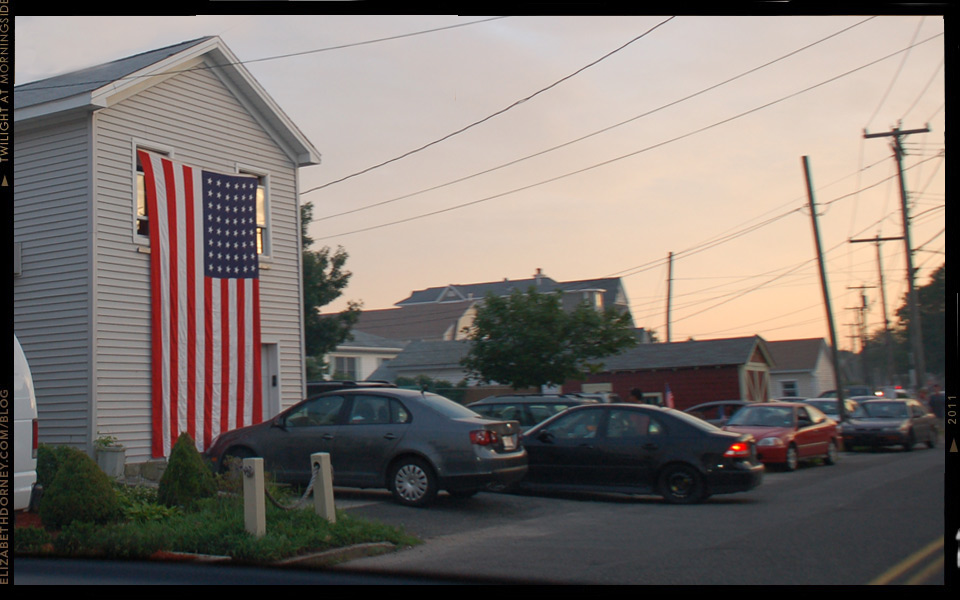 Looking out to Bayview Beach 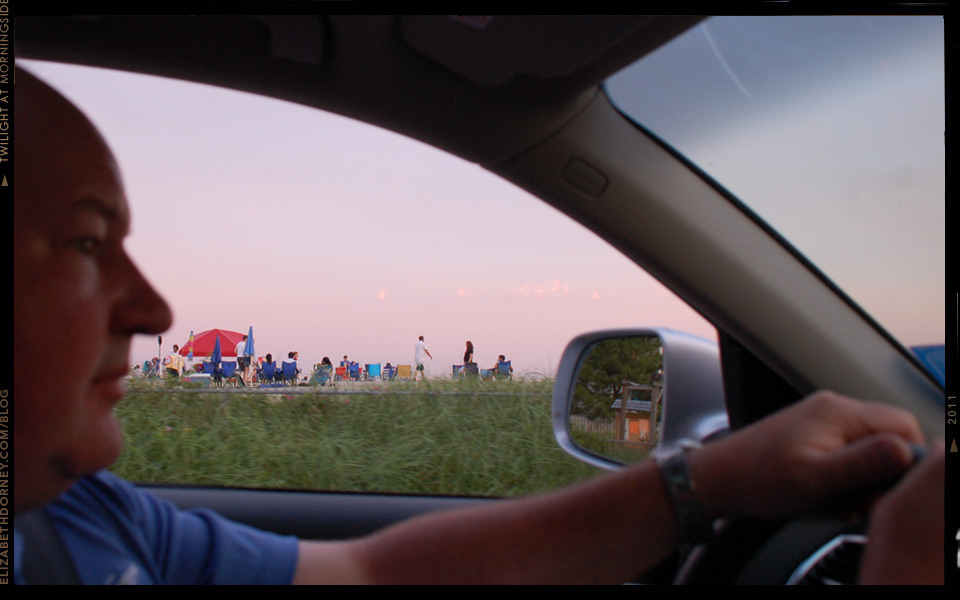 Neighbors gathering on the seawall, it’s truly “twilight in Morningside” 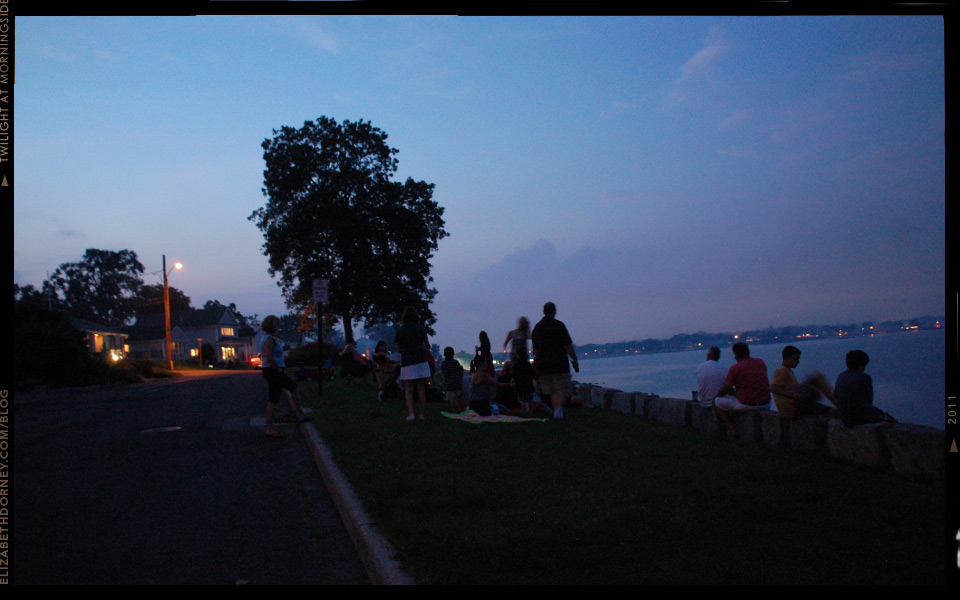 On our way to Fort Trumbull, we’re coming down towards Gulf Beach 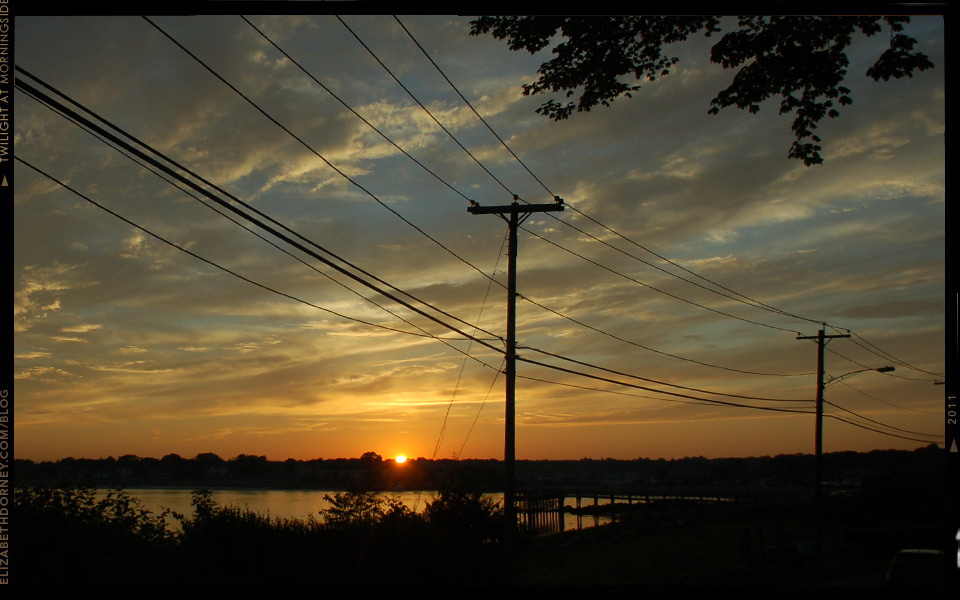 Low tide in Fort Trumbull, with Charles Island in the distance 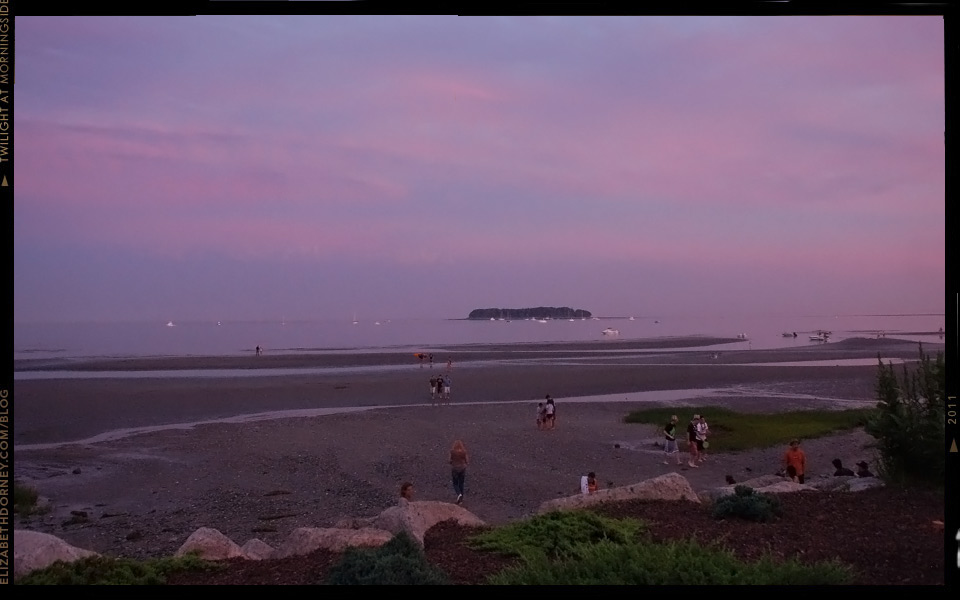 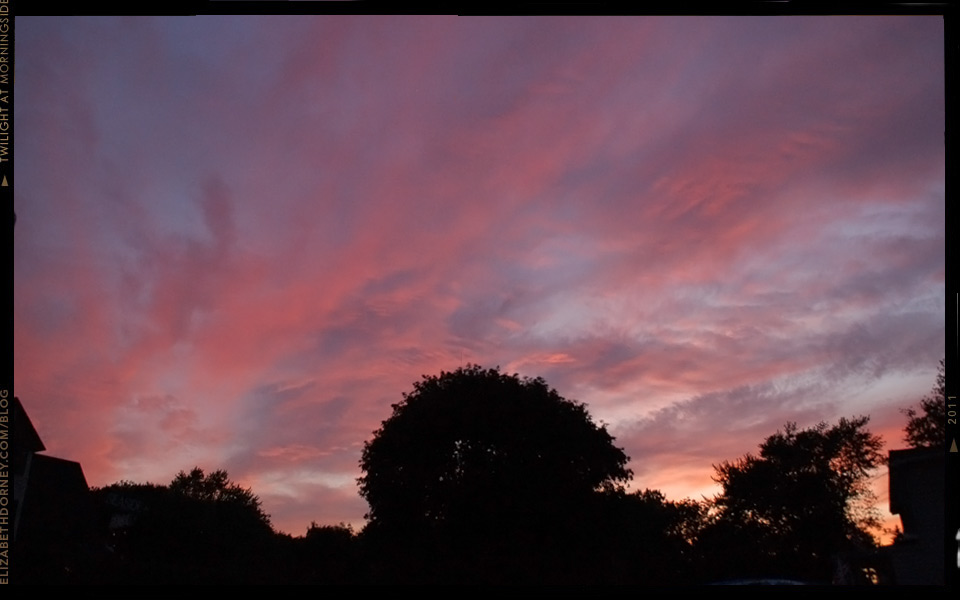 While we are roaming the street in Fort Trumbull, my parents have secured a swanky waterfront perch at this private party. One day, I want to own a house with a wrap-around porch. D, are you listening? Accordingly, once acquired, I will be throwing a killer party and if you can still remember this post, you are automatically invited. 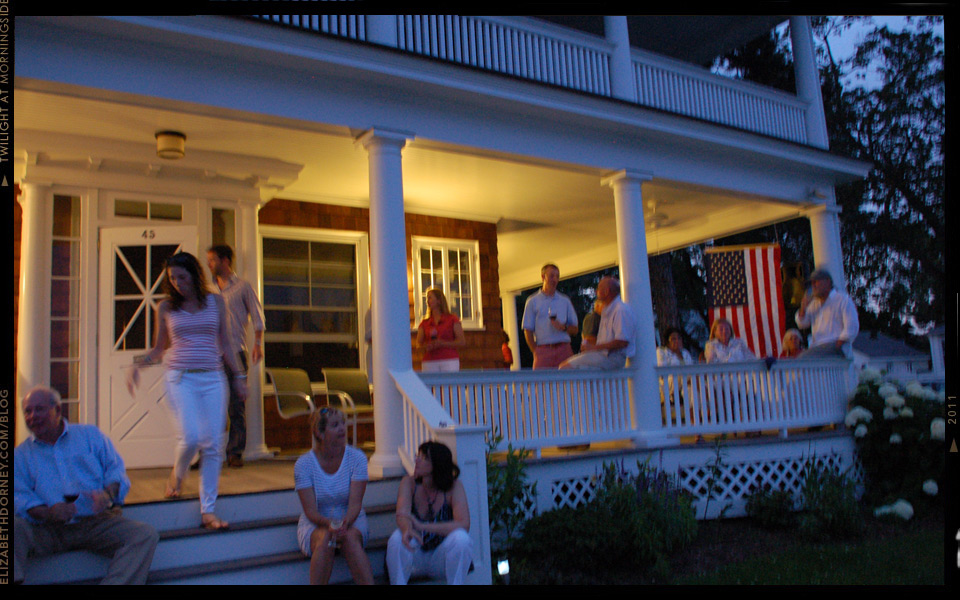 Wondering what’s going on out there on the sandbar? That’s the setup for fireworks. That’s BEFORE 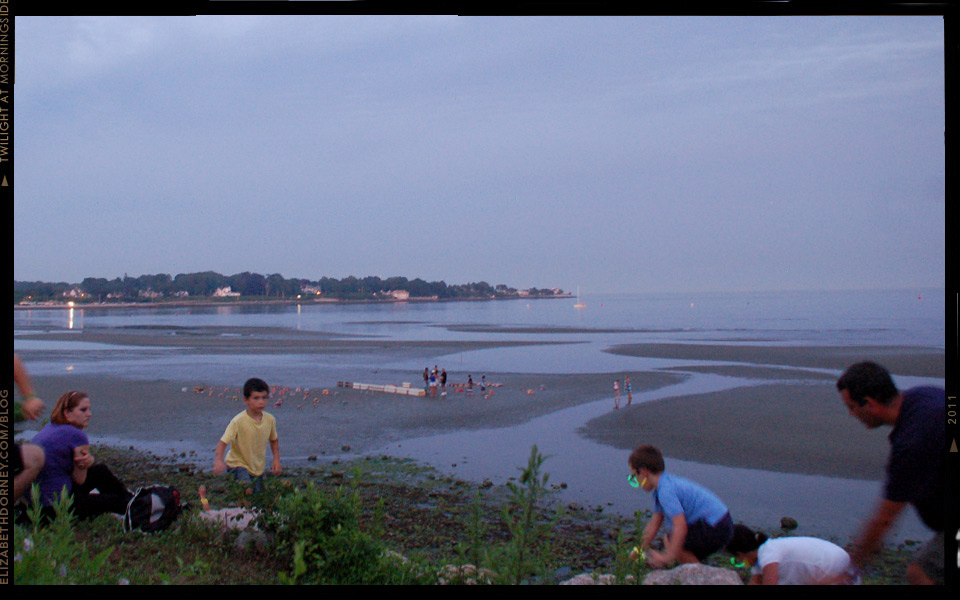 And this is AFTER (left). You’ll note t’s quite a pile up around the garbage can.  I didn’t bother with many fireworks shots, but Fort Trumbull (like any good beach neighborhood in Milford) knows how to put on a spectacular show. 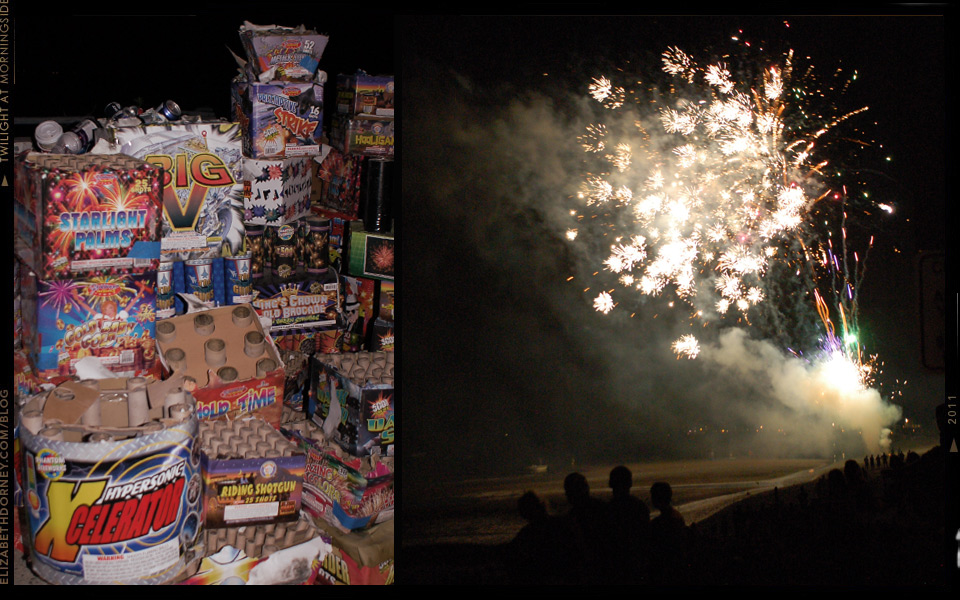 I didn’t get a photo, but some residents were lighting off sky lanterns. Even though they rose majestically just one at a time, they still reminded me of our honeymoon and the cluttered skies of Loy Krathong in Chiang Mai.