On our second trip to Austin we saw many new things, but my hands-down favorite was the Broken Spoke. I read a guidebook that declared, you can always tell the newcomers because they stand around gawking with their jaw on the floor. Yes, that was me. This Yankee had never seen anything like it!  The beat-up dance hall dates back to 1964 and has a ceiling that looks like it’s about to collapse!  Think I’m exaggerating?  Take a look at the photos below!  Like all good dive bars, there was plenty to drink and lots to watch.  I don’t even like country music, but somehow that night it didn’t bother me at all. That Saturday night, Dale Watson and his Lonestars had the stage: 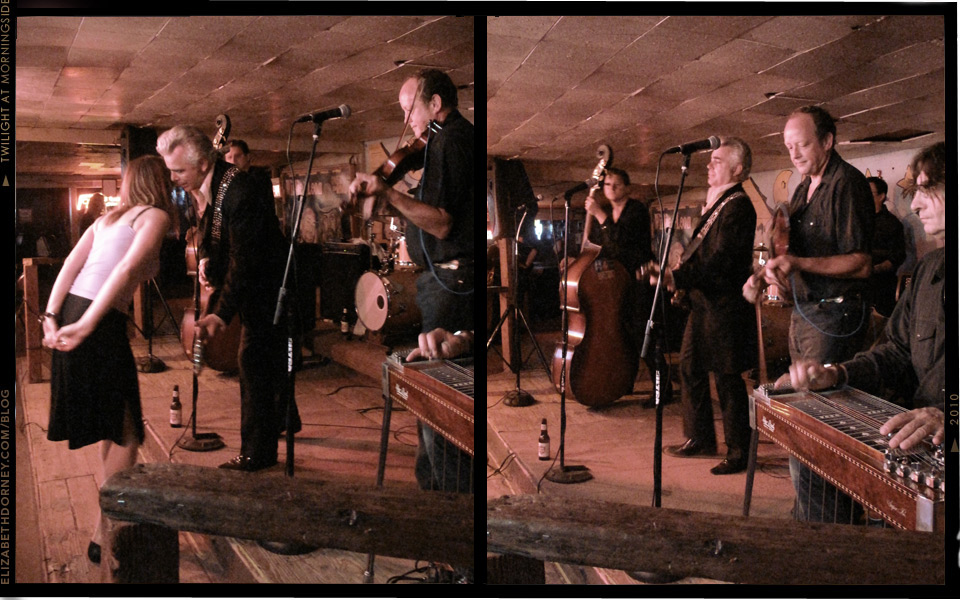 And there was a constant crowd dancing the two-step. 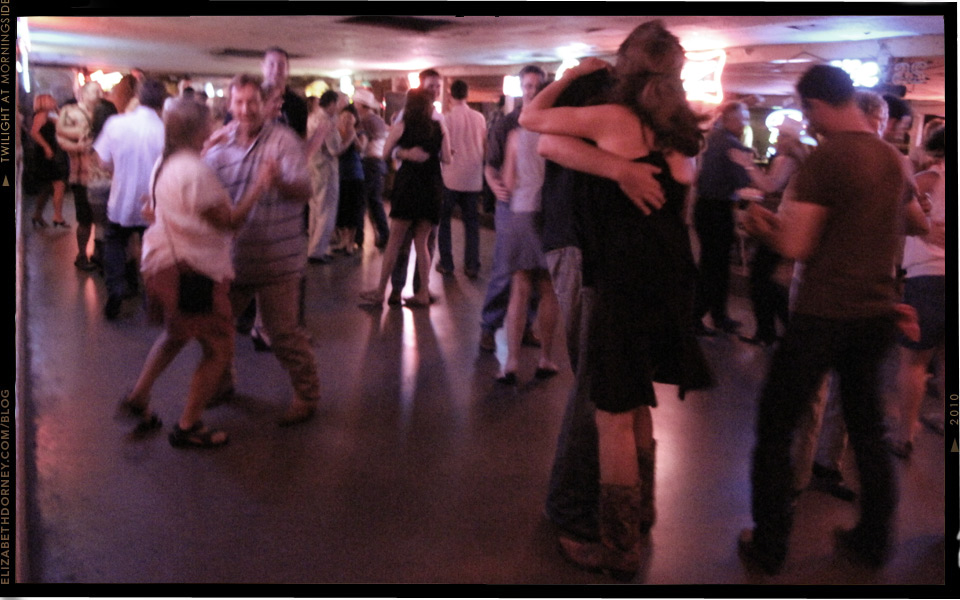 Nope, I didn’t hit the dance floor, but there is plenty of space to sit observe the swirl of cowboy hats go by. 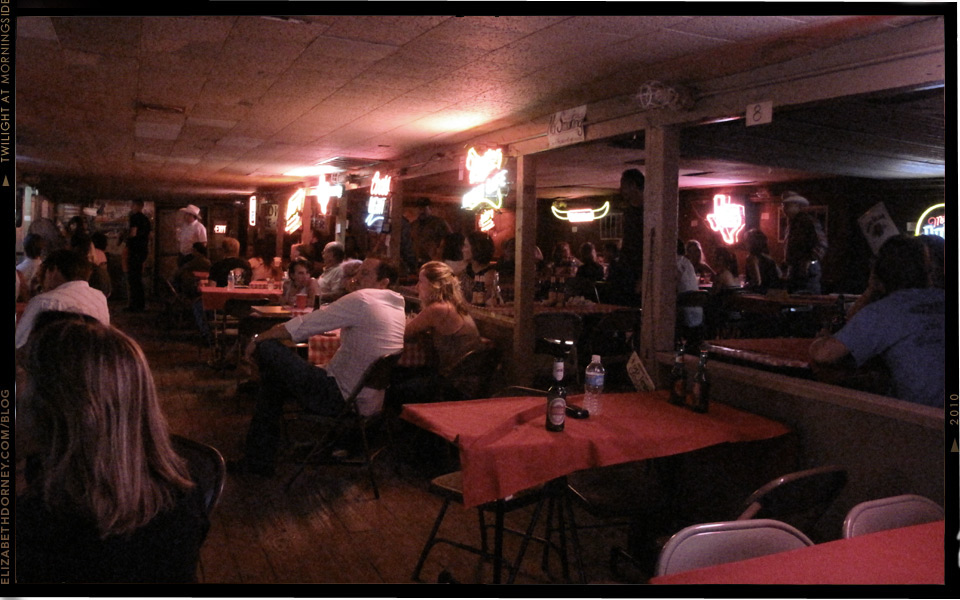 My aunt and uncle are into ballroom dancing (left) so they were perfectly at home on the dance floor. Brand spankin’ newlyweds, Terry and Ryan even went out for a spin (right). 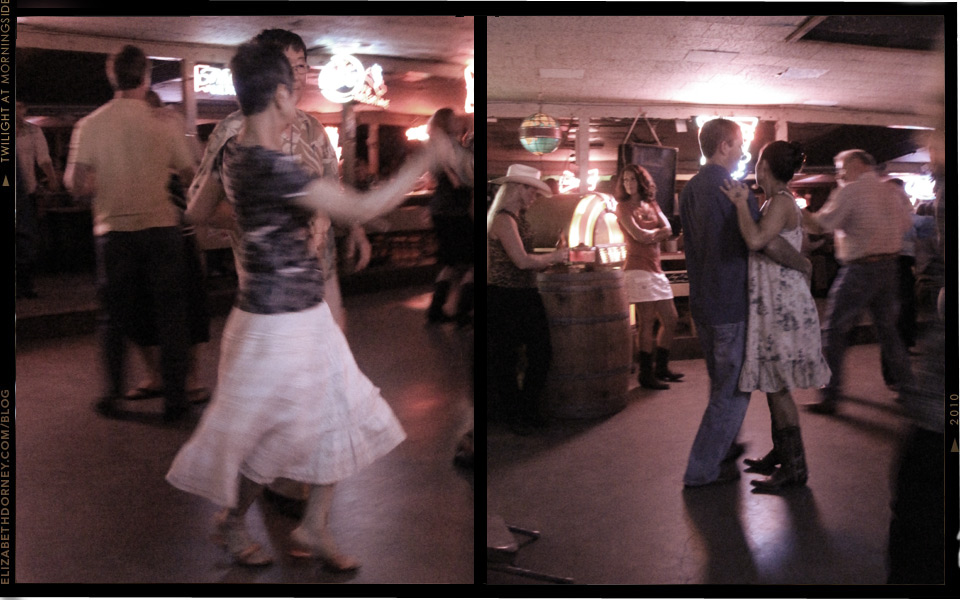 What is this animal? A giant armadillo? Who knows, but you can get a pineapple upside down cake shot for $6.50. We passed on that and later in the evening, I convinced Terry to let me try on her cowboy boots. It was a good thing we flew home the next day, or I might have come back with an impulse purchase.  You know, something ridiculous like a pair of Lucchese’s from Allen’s Boots. 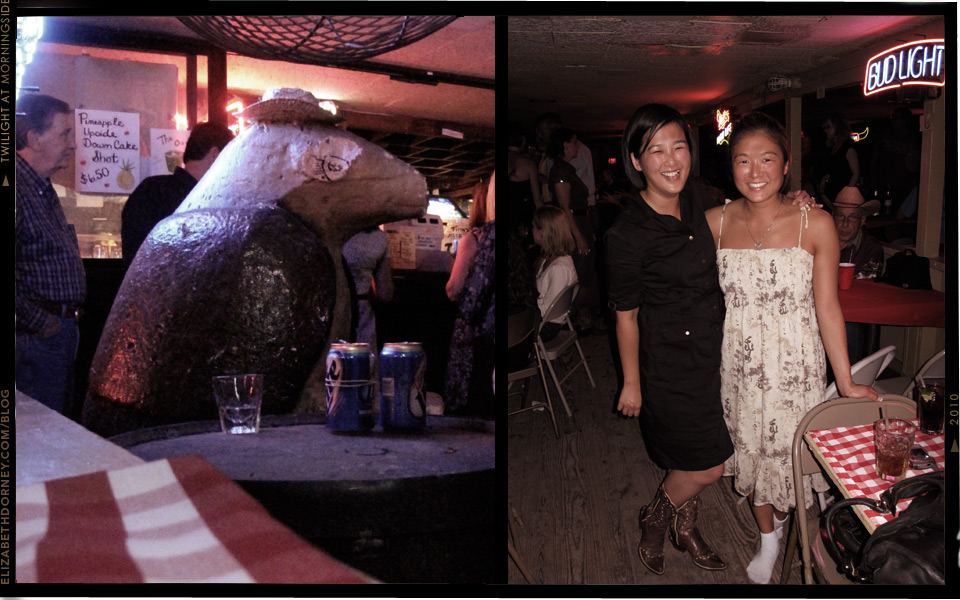 Finally, here’s a really low-quality video from my point and shoot G10 camera. I only share it because there truly are some things that a photograph will never capture.