I first swooned over the food at Frankies Spuntino in Carroll Gardens (thanks M+B) after an afternoon at the Mermaid Parade in Coney Island. There food was relaxed and simple, yet so instantly comforting and flavorful. The Spuntino seeks to create meals that make every day feel like Sunday. For those of you longing for a taste, but who don’t live in New York City or who don’t have a nice Italian grandma to hook you up with the real deal, please consult Frankies Sputino Kitchen Companion and Cooking Manual. I never thought I could embrace a cookbook with very limited color photography, but the black & white illustrations and the straightforward, friendly and conversational tone were enough to inspire me to take action in the kitchen.

I’ll admit it. I am one of those people who “reads” cookbooks.  I scoped out the pantry and equipment section and discovered the history of Sunday Sauce, an Italian-American tradition of time and love in the kitchen.  Before I even attempted a single recipe, the Franks (Frank Castronovo & Frank Falcinelli) convinced me to buy my first jar of white peppercorns. I also learned a thing or two about canned tomatoes. I had never given them much thought, but according to the two Franks, the best tomatoes come from Italy and the super premium ones are labeled DOP from San Marzano. Beware: there is an American brand that features San Marzano rather prominently on the label, but the fine print reveals the tomatoes are grown on US soil. Canned San Marzanos can run you $4+ for 28 oz. When you need 4 cans per recipe, this adds up.  Their recommended alternative: skip the DOP San Marzanos and buy La Valle pomodori pelati italiani. I haven’t any luck finding these, so I’ll continue to search until I can find a brand of tomatoes that suits my taste.

First, you need a good handful of garlic, 13 cloves to be exact. You cook them very, very slowly so the starches turn to sugars and the sugars caramelize. 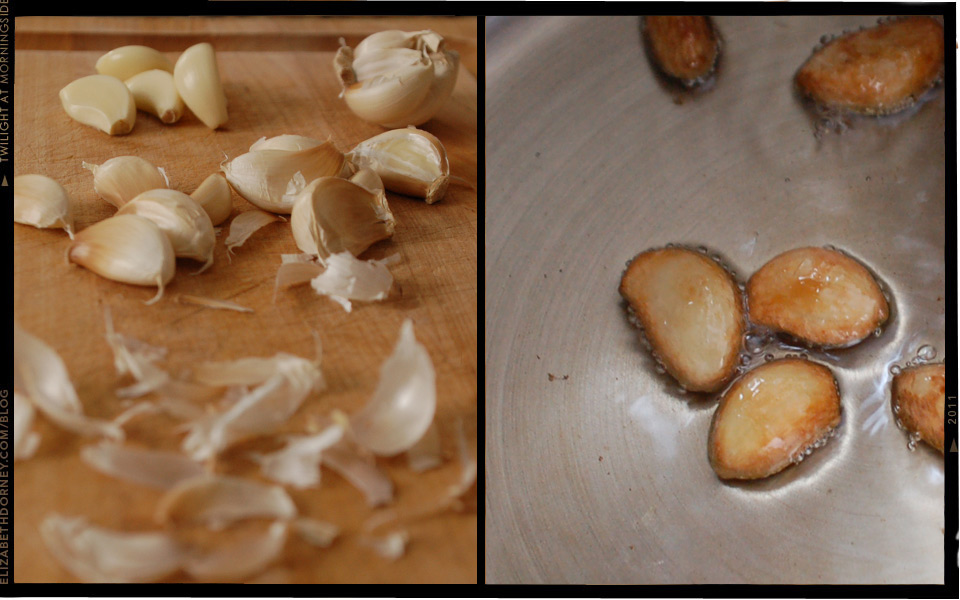 Below is a photos of the DOP on the label that certifies the location of the crop. If you to use want these super premium Italian tomatoes, be sure you spend some time reading the labels in the grocery store. There are only 5 ingredients in this tomato sauce recipe. The tomatoes you use will decide the flavor of your sauce.  Want to know why it’s called Sunday Sauce? Because your precious tomatoes need an epic 4 hours on the stove! Try making that during a hectic work week. I took advantage of this week’s work-at-home snow day to make this batch. 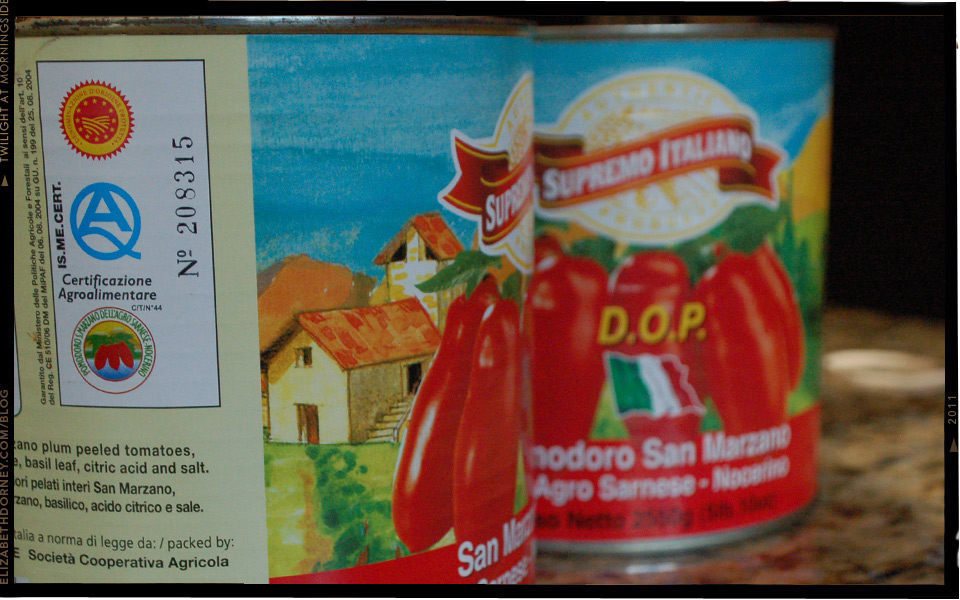 One route to an extra flavorful sauce is to make braciola. This was my third attempt at the sauce, so I was ready to step it up with a little pork.  Next time I want to try meatballs, the Sputino way. 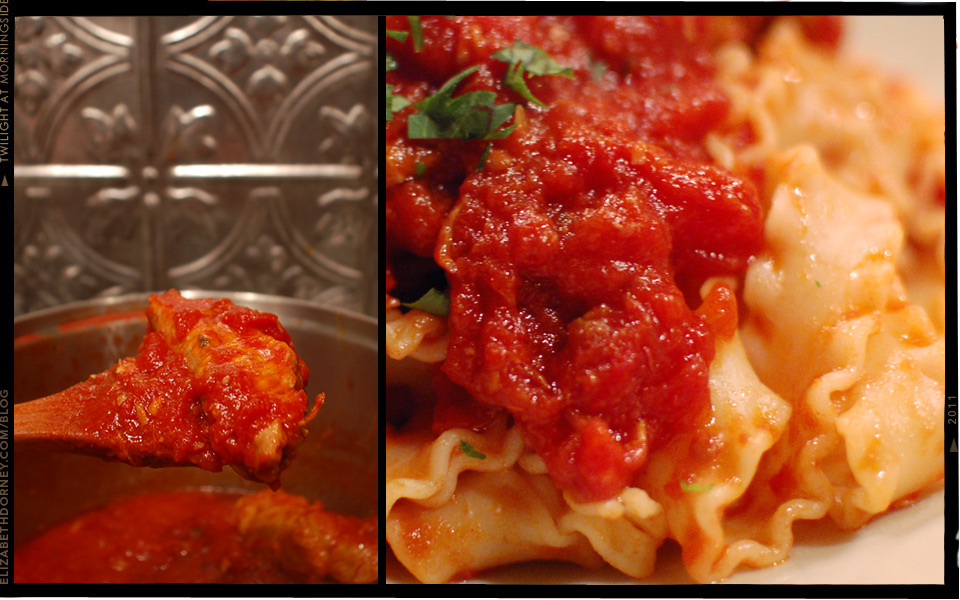 In case you’re wondering, the Franks will guide you through homemade pasta in this cookbook. Long ago, we attempted fresh pasta with a borrowed pasta machine and it was a spectacular failure. This week the braciola and sauce were project enough. We stuck with the dried Severino pasta in our pantry.

This recipe will warm up any cold winter afternoon. With the weather we’ve been having here in Connecticut, I’m sure it’ll fill up many more chilly Sundays.