No sooner than I announced that I do not like to bake, I found myself seduced by the shiny tart cherries from upstate New York. They’ve been selling them at Trader Joe’s, but unfortunately, I think the end of the season this short cherry season is upon us. I grabbed a few of the remaining baskets and improvised based on the Sour Cherry Pie with Almond Crumble recipe from Smitten Kitchen. (Please see their blog for WAY better photos and the full recipe)

I didn’t have time or energy to bake a crust from scratch. I found salvation in the freezer section at Whole Foods and used a spelt pie crust! It was all that was in stock, and I wasn’t going to another store just to get an Oronoque Orchards pie shell. It actually wasn’t bad, though you can never compete with a crust made with butter! The almond crumble comes together very easily in the food processor, so that leaves pitting the cherries as the only daunting task. I will definitely try this recipe again with other fruits, the possibilities seem endless in the summer. 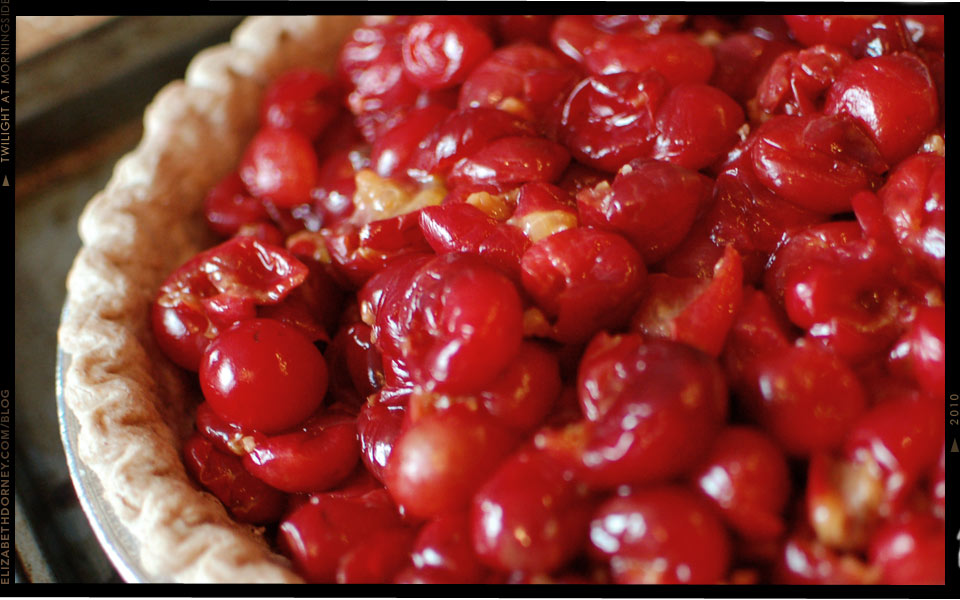 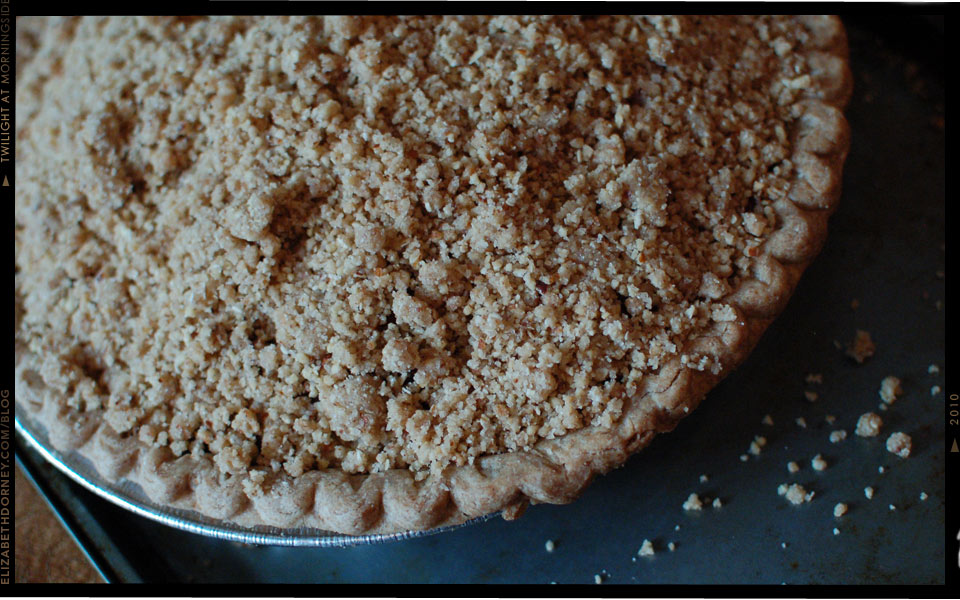 PS: I don’t have a cherry pitter and don’t want yet another kitchen utensil sitting around unused for most of the year. I used a metal toothpick. I don’t endorse this method, but it worked in a pinch. I’ve also heard of using a paper clip or a chopstick, but after doing a little research online, it seems like a lot of folks like using a pastry tip. I wouldn’t mind trying it, except I don’t own this kitchen accessory either! What’s your favorite way to pit cherries?