With so much Connecticut produce in season right now, we made a point of attending at least one dinner before summer draws to a close. Last Wednesday we drove up to Wilton for the monthly Farm to Fork series at Millstone Farm. 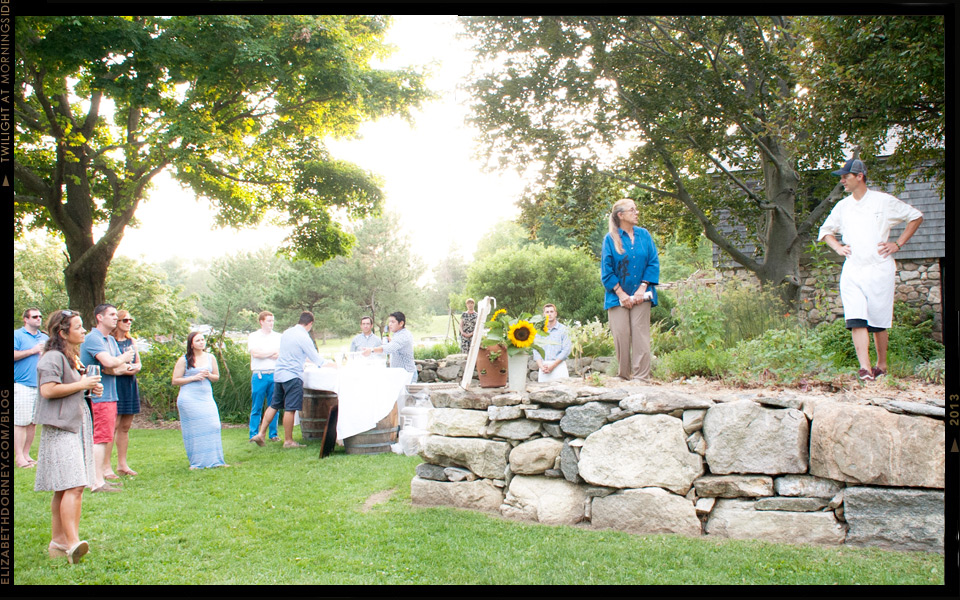 June 2012 was my first time on Annie’s tour, but it must have been 90 degrees at 6pm. I’m amazed I got any photos that evening! I decided to to walk the farm again.

I hope no wandering nibblers realized the gate was left open. 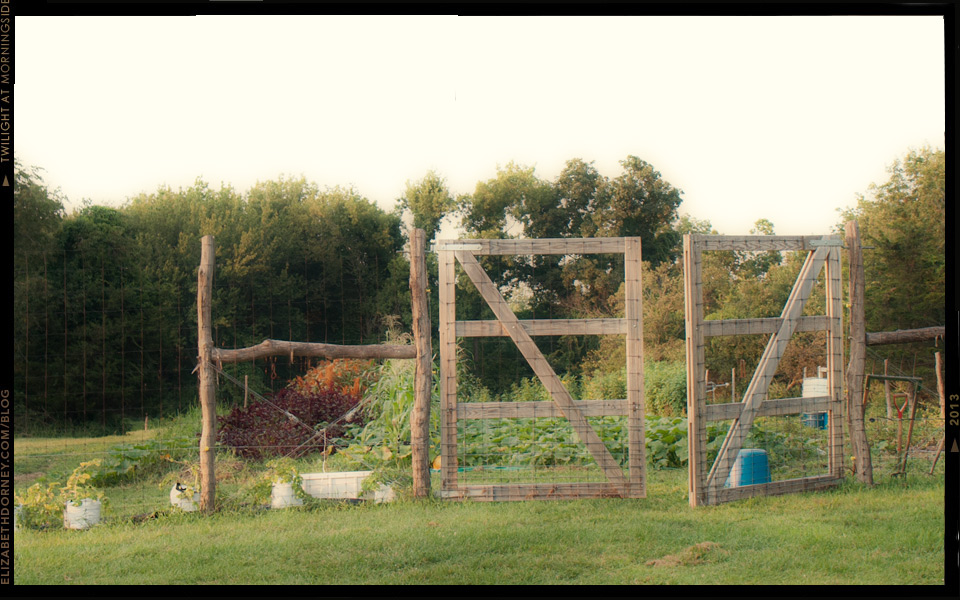 New this year: farm owners Jesse and Betsy Fink have taken to camping. And with this setup, who can blame them? 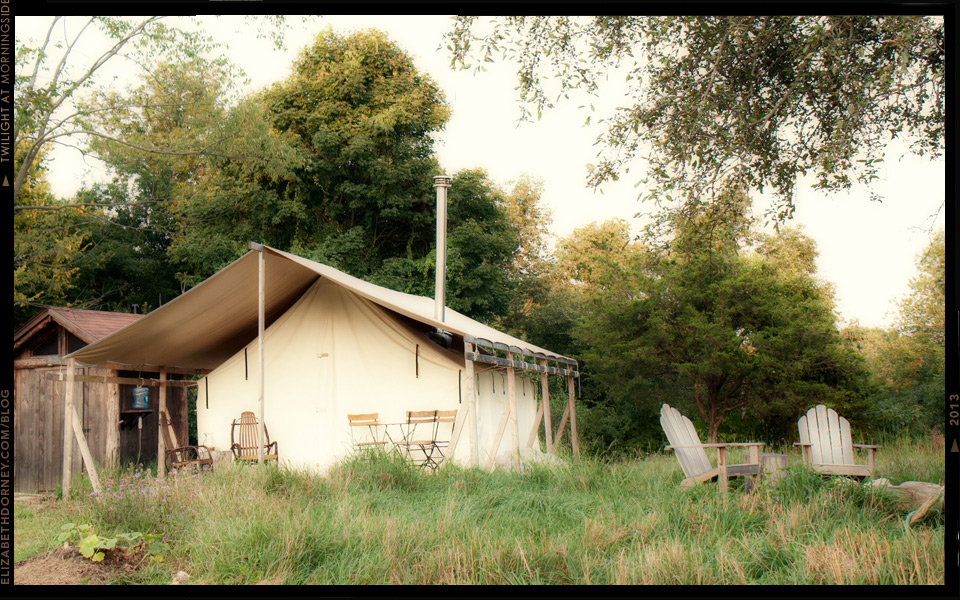 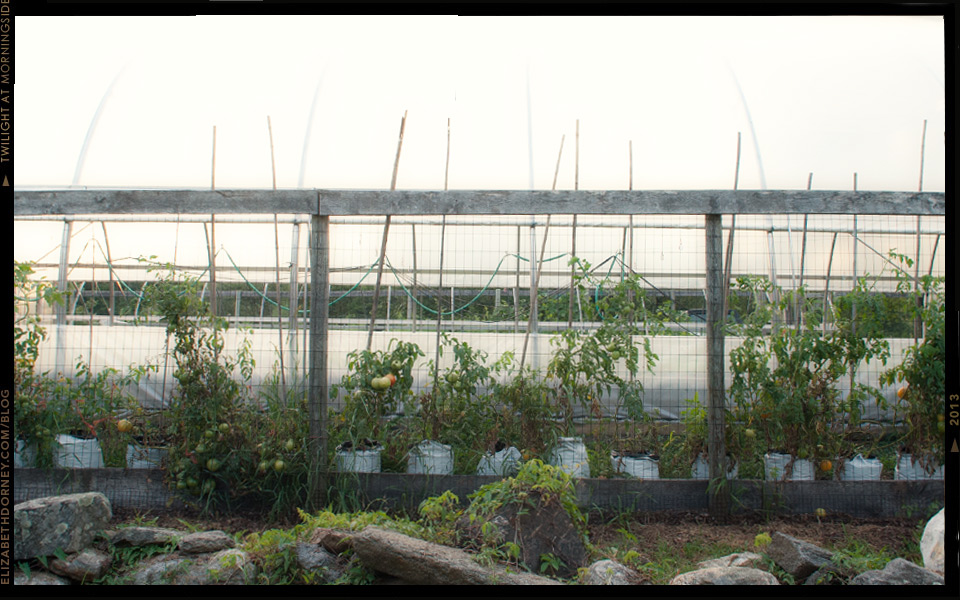 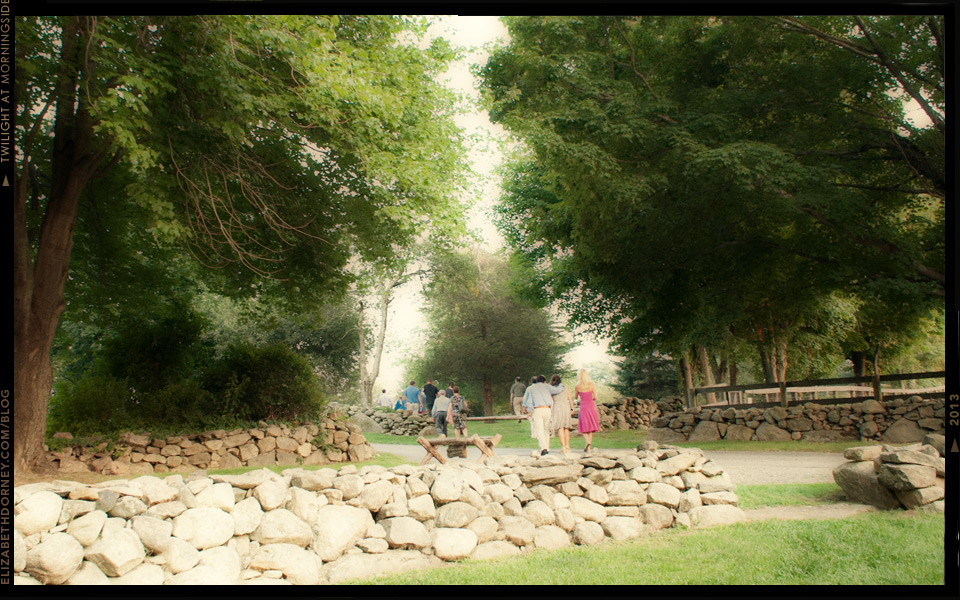 Also new this year, banquet rounds. From a visual standpoint, I do miss the white tablecloth and the one long table, but this configuration is much better for dinner conversation. 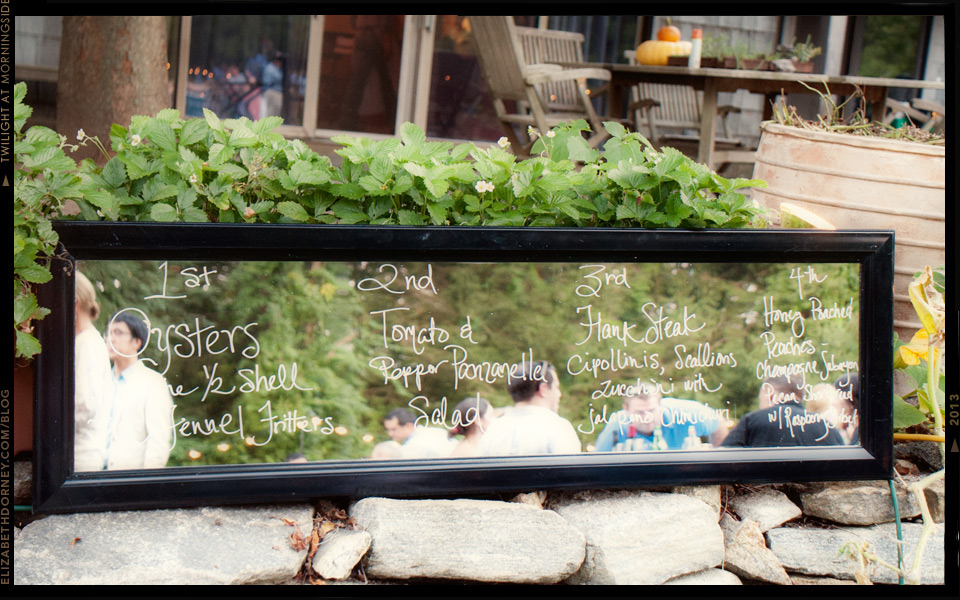 First course: oysters on the half shell 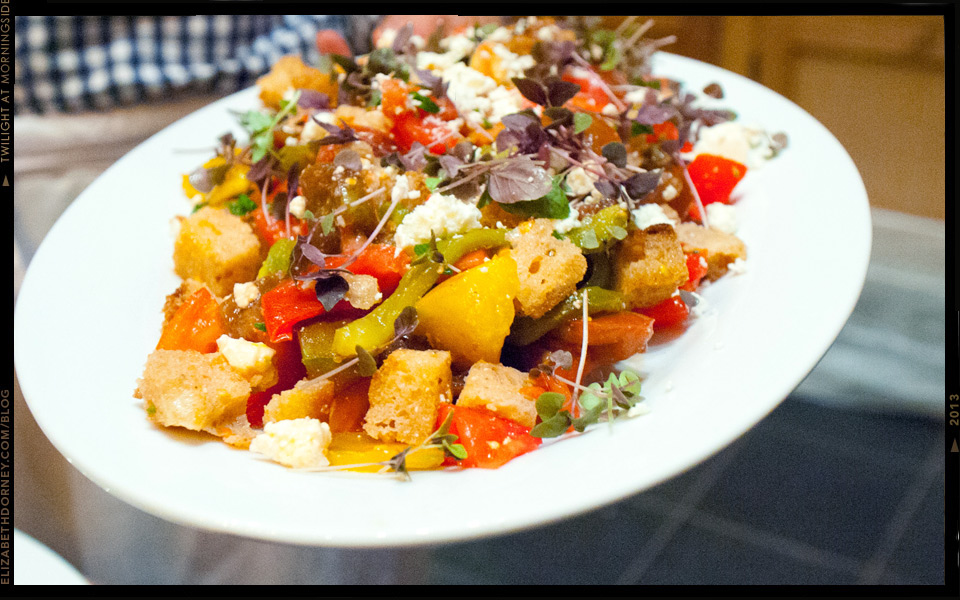 There are a few Farm to Fork dinners remaining in September and October. Visit www.timlabantevents.com for tickets.

Pro tip: heed my advice – don’t forget to cover up or bring some bug spray!