One noteworthy fact about Torrance, CA: both Honda and Toyota have chosen it for their US headquarters. While I mentioned there are a lot of folks from the islands in this area… there is also a sizable Japanese population. With this in mind, we tried to stay the Miyako Hotel, but it was sold out the one night we were in town! Undeterred, we pressed on in search of Japanese food. My uncle first suggested a yakitori bar in Gardena, but thought better of it – noting that it wasn’t the quietest place to catch up over dinner. Instead we settled on the newly opened King Shabu Shabu in Torrance.  This Japanese hot pot specialty was new to D and simply the only option on the menu in this restaurant. Typically shabu shubu consists of thinly sliced beef and vegetables cooked in broth flavored with kombu (kelp). Our meal also came with 2 dipping sauces and a choice of white or brown rice.

You’re also in charge of cooking your own veggies and tofu. 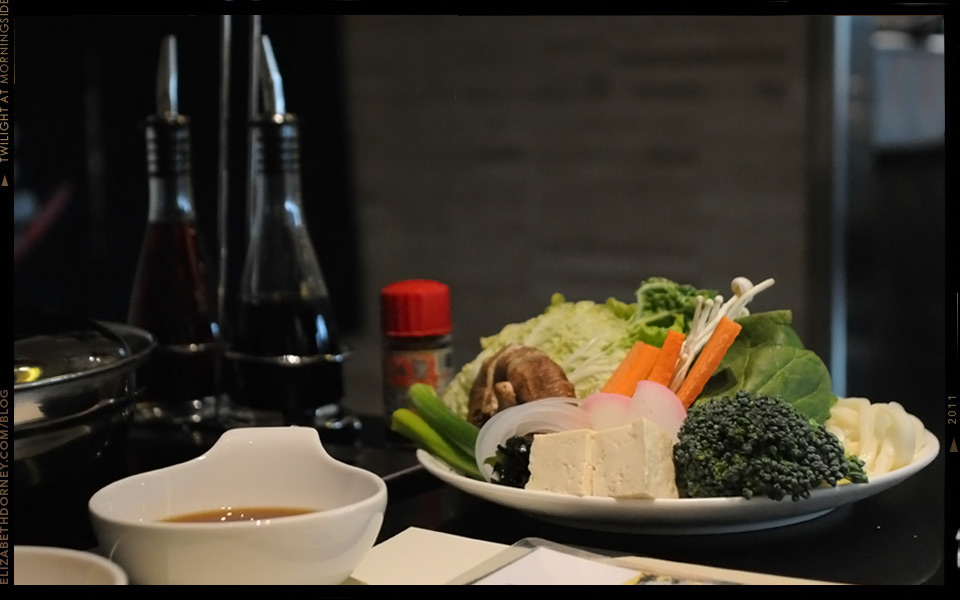 Everyone had their own pot and with a few ‘swish, swish’ of your chopsticks your thinly sliced prime ribeye is cooked 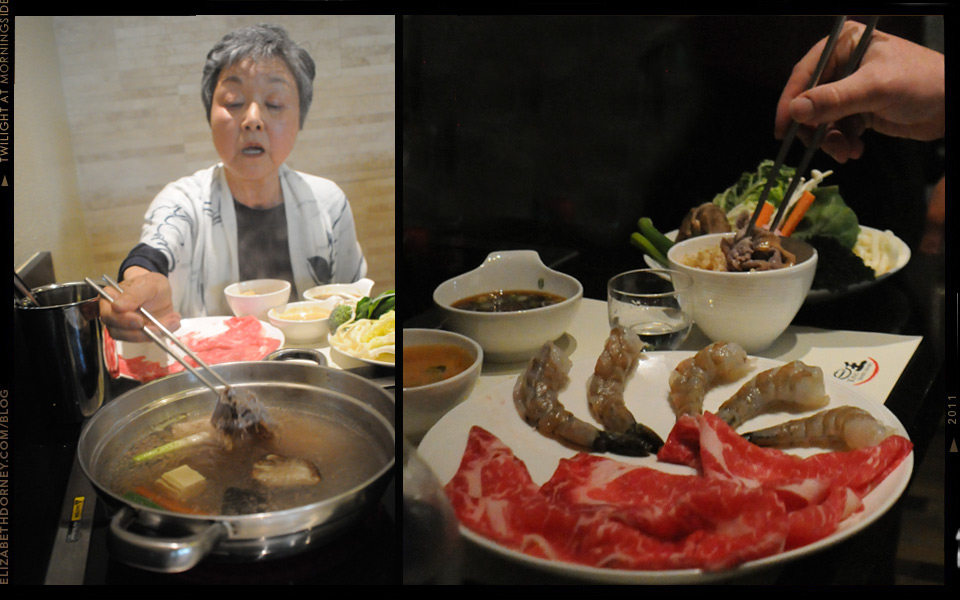 Pork, scallops and shrimp are more modern options for shabu shabu. After trying all three, next time I’m going to go traditional and just stick to the ribeye!  When you’re done cooking, the restaurant provides a soup base and mixes in the remaining broth from your pot and adds cooked udon noodles and scallions. Save room for it because the soup is a tasty end to the meal. 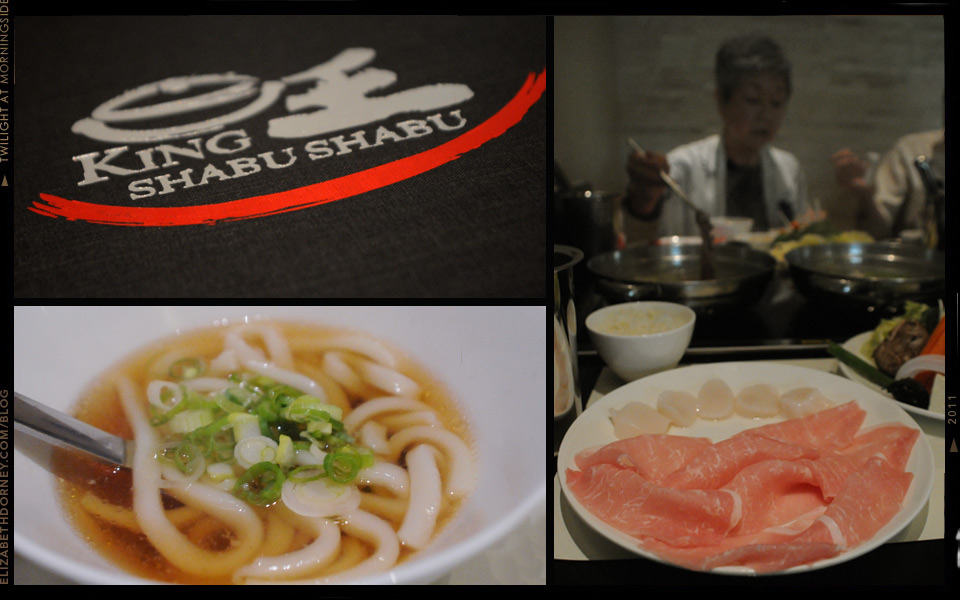 My only quibble: I don’t like metal chopsticks and I thought the temps were cranked up awfully high on our pots. My aunt commented the aggressive boiling made the meal feel a bit less relaxing. If you also find this to be the case, I’m sure they would be happy to adjust the heat at your table. King Shabu Shabu has a clean modern look and the servers are extremely attentive. The service makes the restaurant an even better pick if you are new to this kind of cuisine.