The theme for today’s New York City post is serendipity.

Staying in the Lower East Side, we weren’t overwhelmed with the usual December holiday chaos. To avoid being total grinches, we decided to make a trip up to Fifth Ave to see the tree and a few windows. Our hotel, Thompson LES is half a block from the 2nd Avenue station. And the F subway line is where we got lucky. When we descended to catch a train uptown, a vintage subway car was waiting in the station and a trombone player was cheerfully bumbling through Christmas carols. The train was bound for Queens Plaza, so we decided to wait 20 minutes for the chance to ride this piece of history to Rockefeller Center. The seats were covered with caning, vintage advertisements hung overhead and at each stop the station name was yelled out the door by MTA crew members.

If you’re in the City on Saturday, December 24, the Nostalgia Shoppers’ Special will be making its final runs for 2011. These R1/9 subway cars were mostly in use during the 1930s-1960s. Schedule available on the MTA site. No extra cost, just the usual $2.25 fare. 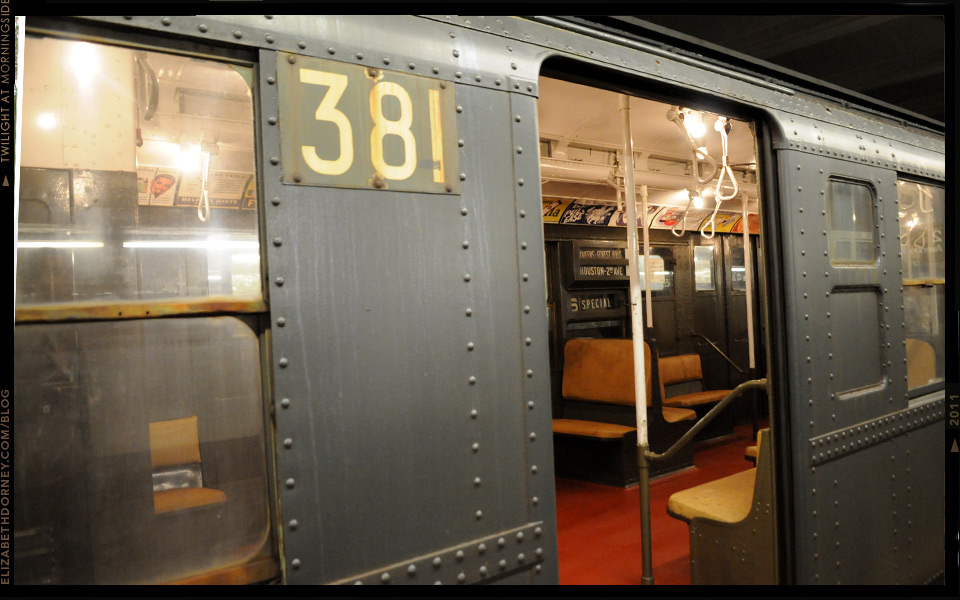 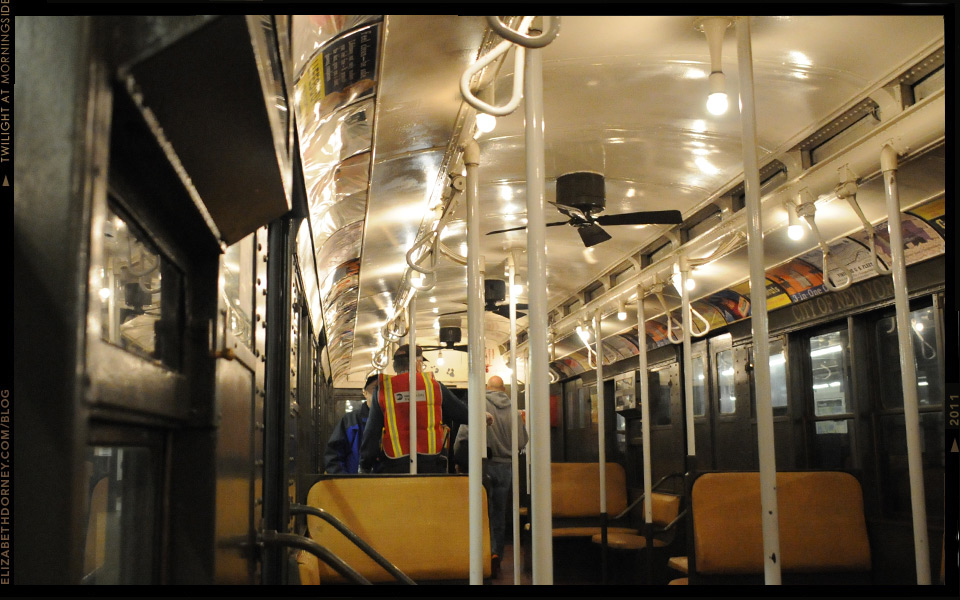 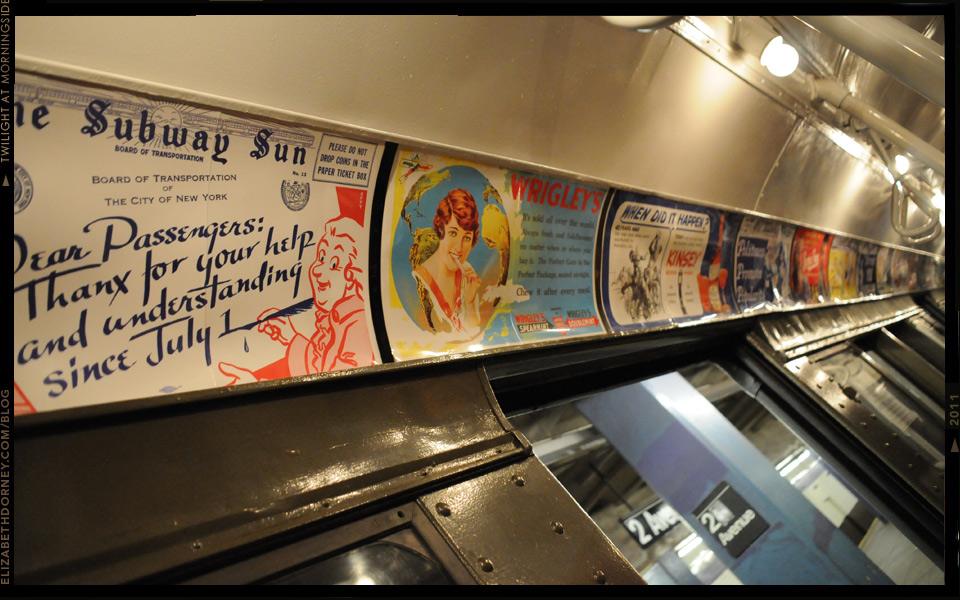 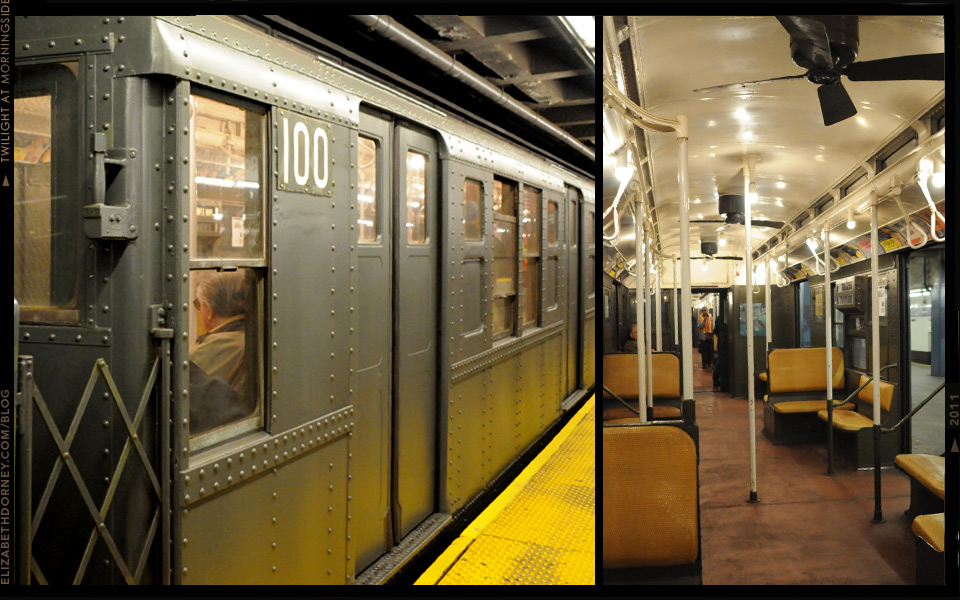 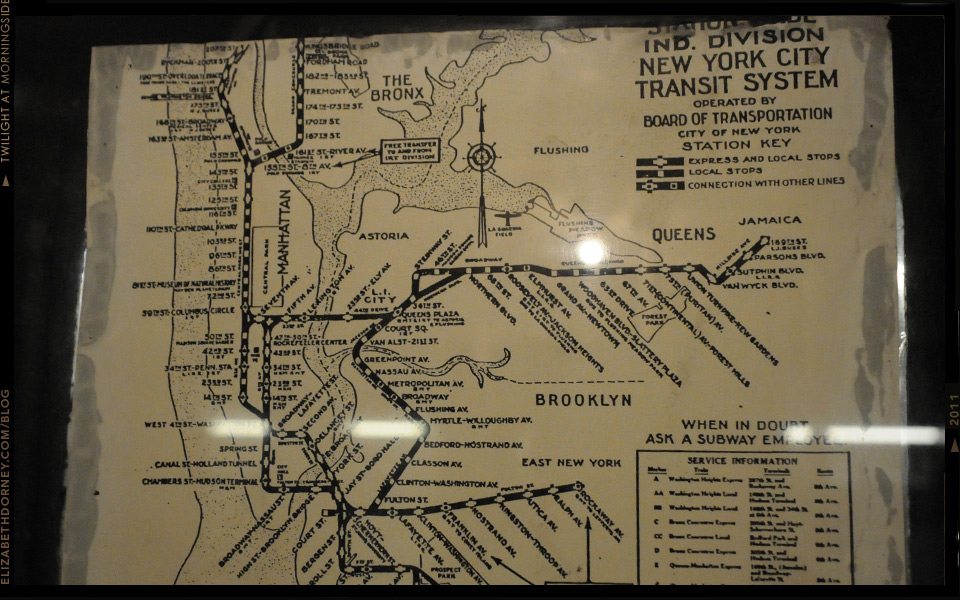 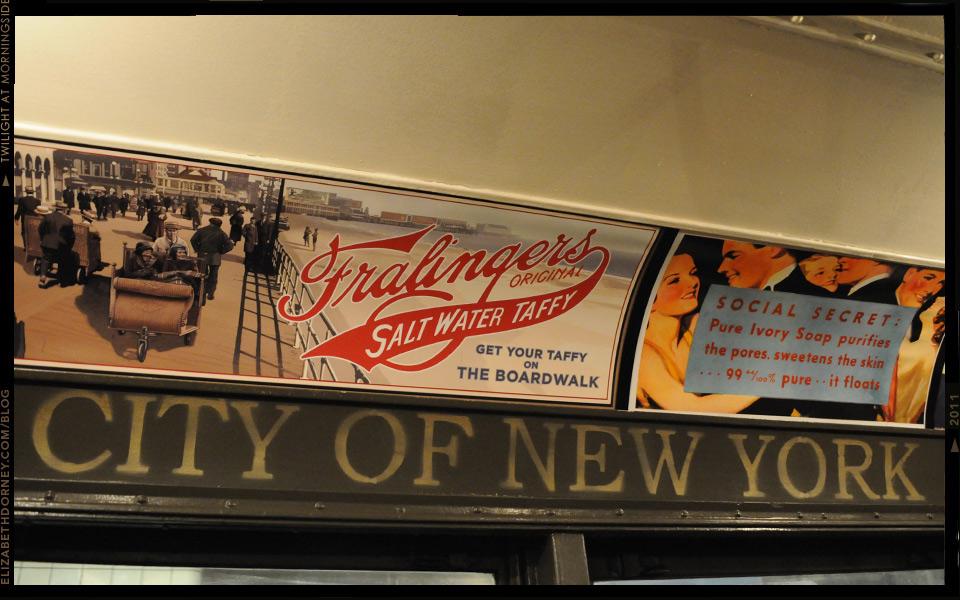 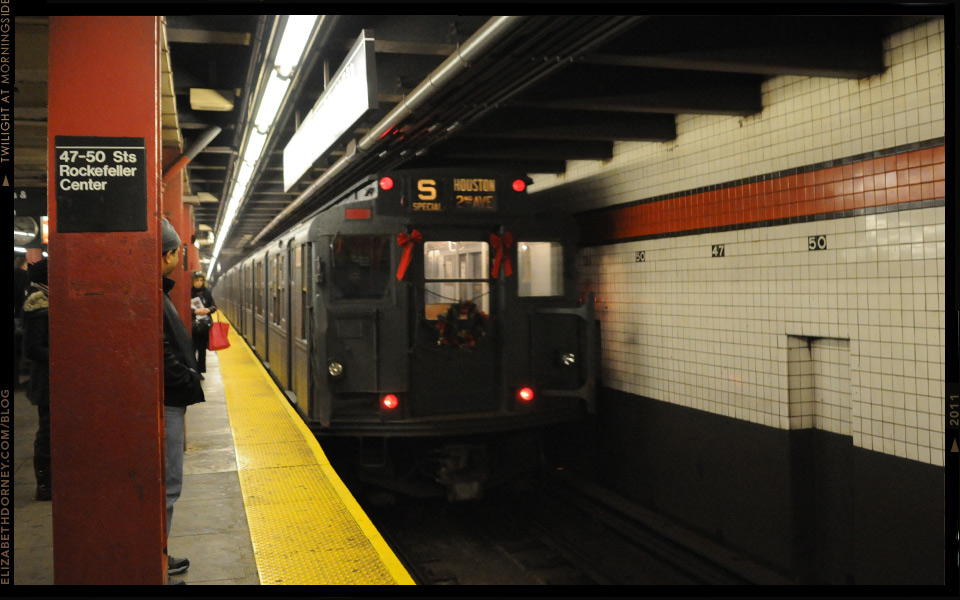 There is something misleading about riding a vintage train. I had concluded: older train = slower speed. Wrong! The doors were open between each car, as were the upper windows. In the dim light and noisy din, it felt like we were traveling at an exceptionally fast speed between stations! The suspension (or lack thereof) ensures you notice every bump and turn. All of this combines to make for a fun and memorable subway ride. Traveling underground in these unusual surroundings, I began to wish we were hurtling through the darkness to a far-away magical destination. No such luck, so we got off at 47-50 Rockefeller and piled into the crowd of other tourists heading for the tree.