It snowed. AGAIN.  In Morningside, I think the snow total was around 15″, which is quite a lot here near the shoreline. I had a conference call this morning (REALLY, Dave can back me up) so D started to work on the driveway. I have to give HUGE shout out to our neighbor who eventually came over with his snowblower and saved us from much shoveling and back aches!

When we first discovered how much snow had fallen D decided to march out onto the back deck. That was until he realized the snow level was higher than his boots. You can see him below,  jumping back into the kitchen.

The snow stopped about mid-morning and later on we went out for a spin. I hate that trapped feeling I get during a snow storm. Luckily, this time the snowfall came in the overnight. Over in Bayview, the infamous Beachcomber looks a little bit cleaner under its blanket of snow. 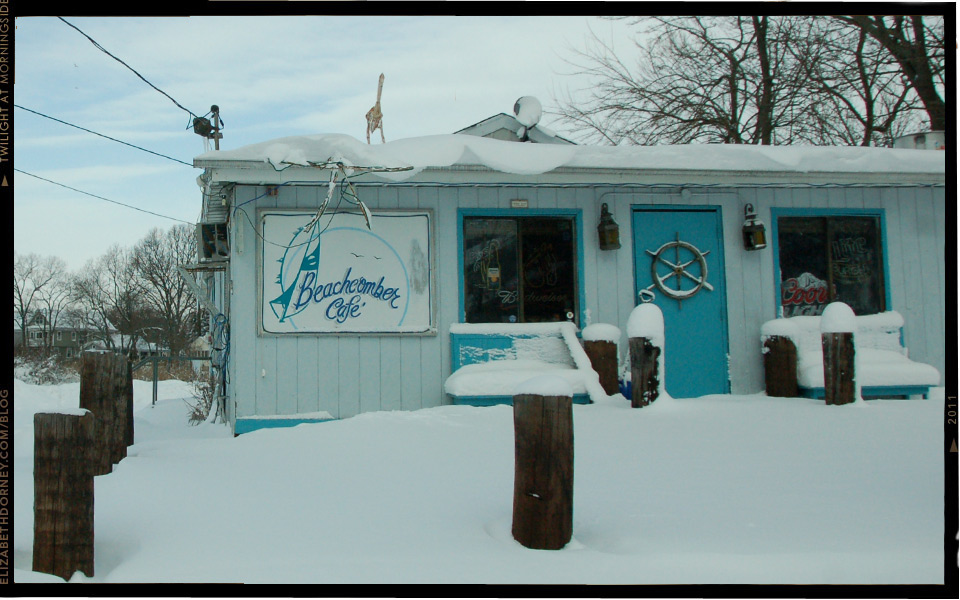 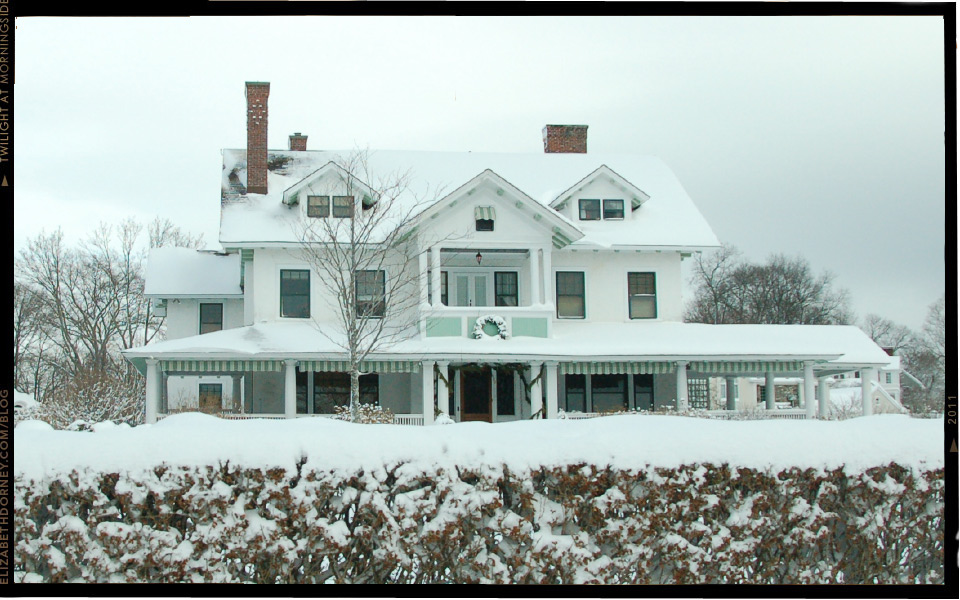 Over on Gulf Street, this fellow was digging out.  I love his hat! 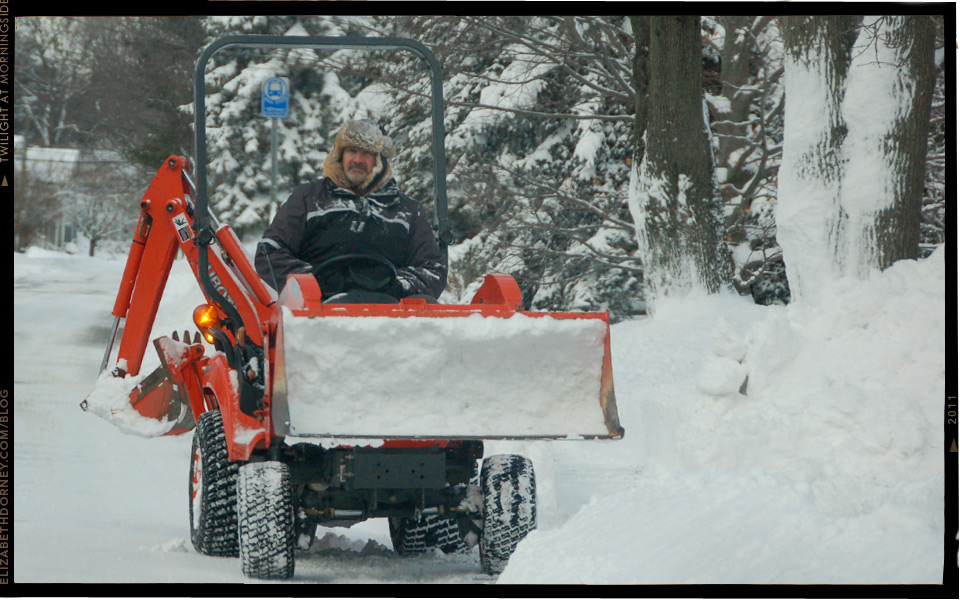 I’ve only been to Olympic Donuts once. I don’t want to make a donut place a habit, but I’ve always liked their sign. 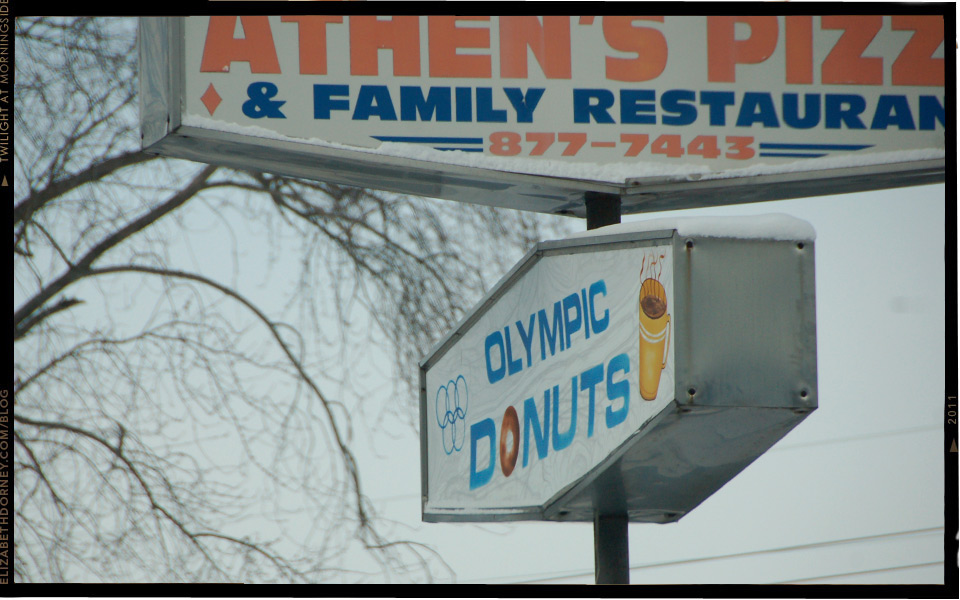 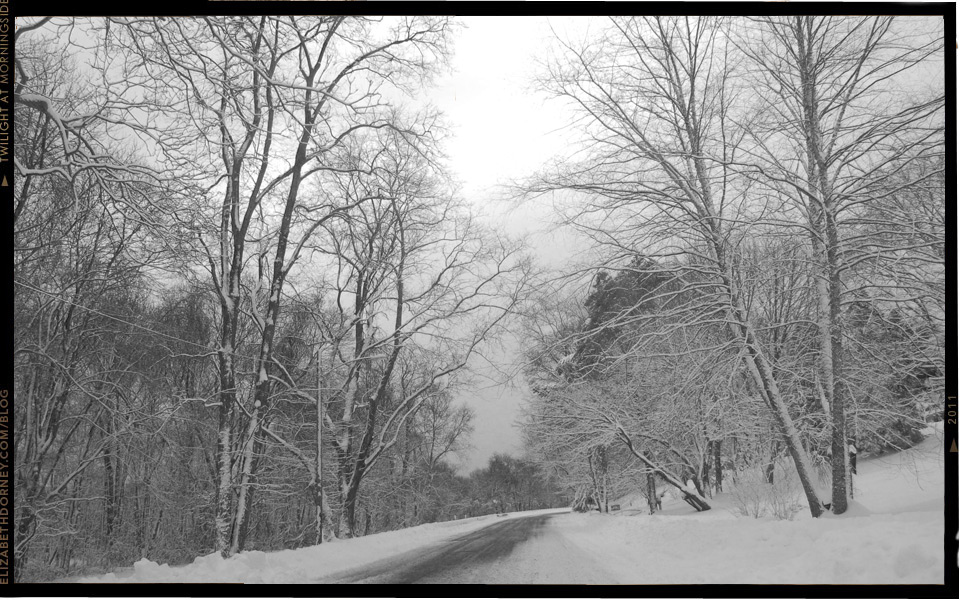